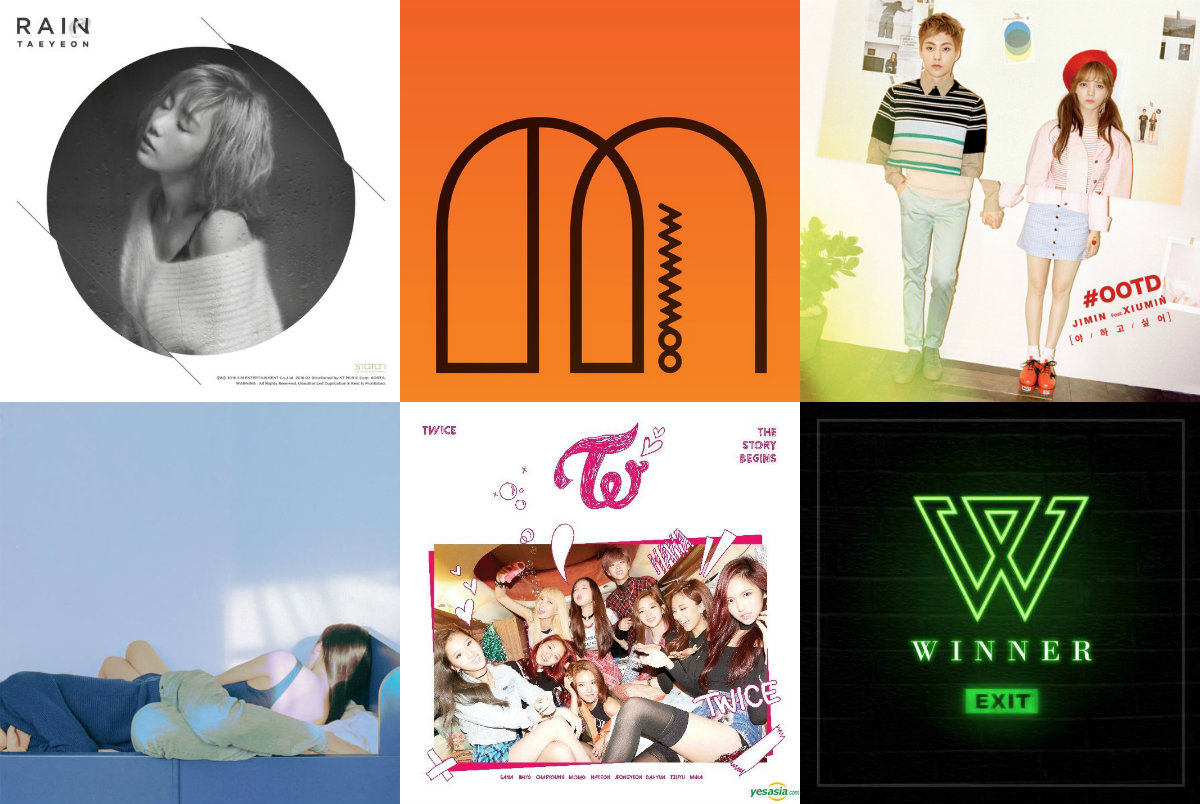 Mamamoo’s “You’re The Best” easily repeats as our No. 1 song this week. This song swept all the major music shows last week and was also strong on all our other chart sources, creating a big gap on scoring with other songs. Congratulations again to Mamamoo.

TWICE’s “Like OOH-AHH” climbs back to No. 2 this week. This song was released five months ago but is still going strong in the top 10, an amazing accomplishment for a new group.

Rounding out another all female top three is Taeyeon’s “Rain,” dropping one spot from last week.

There are two new songs in the top 10 this week, both songs are collaborations. Moving up seven spots to No. 4 is AOA’s rapper Jimin. Her first solo hit “Call You Bae” features EXO’s Xiumin. This is a cute love song about lovers wanting to get closer to each other. Jimin’s rap blends well together with XIUMIN’s vocal.

Moving up five spots to No. 8 is a duet between Eric Nam and Red Velvet’s Wendy. Their song “Spring Love” is made for the season as the title implies. It describes a blossoming love between a man and a woman, like the blooming of cherry blossoms.