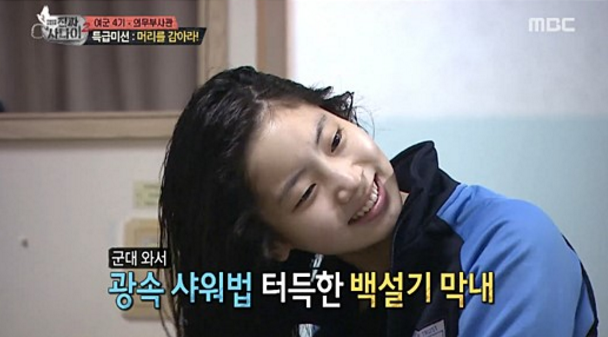 On the March 20 episode of the variety show, the female soldiers continue to undergo training at the military camp. At one point, they receive orders to take showers, and their instructor also scolds them for not washing their hair the previous day.

The cast members are told to take their showers within 15 minutes. Despite initial worries, they manage to come out of the shower room within the given time limit.

Dahyun is particularly impressed by her accomplishment, and reveals that she usually takes six times longer in the shower. “It’s my first time to shower this fast,” she proudly says. “I usually take an hour and a half.”

TWICE
Dahyun
Real Men
How does this article make you feel?