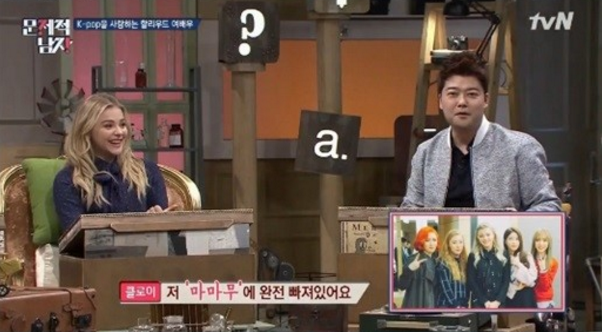 The cast members get to have a casual talk with the Hollywood star during her latest visit to Korea. The show previously teased Chloe Moretz’s appearance with some backstage selfies.

While talking with MC Jeon Hyun Moo, the actress explains how she first became interested in Korea.

“My first visit to Korea was four years ago. I think the culture is centered around food and the family. There are so many things to eat,” she talks about her impression of the country, and adds, “I love eating. The music is also very cool.” 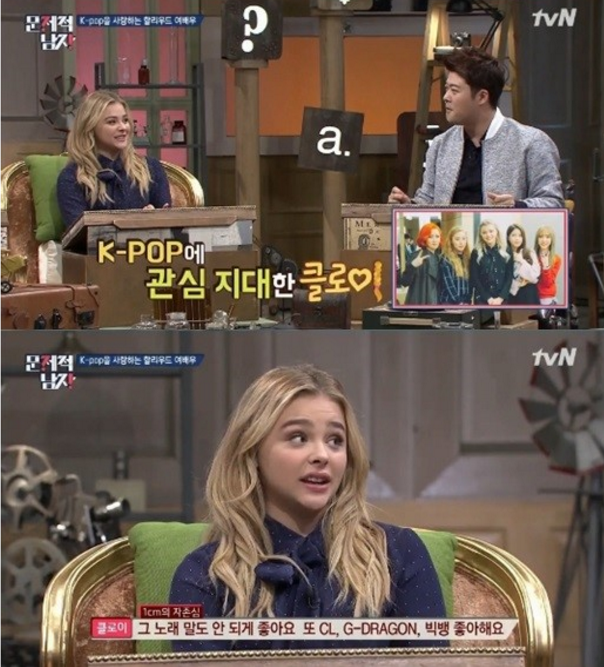 When asked about her favorite K-pop acts, she confesses to being a total MAMAMOO fangirl. “I’m completely in love with MAMAMOO. ‘Taller Than You’ is incredibly good.”

“I also like CL, G-Dragon, and BIGBANG,” the young star mentions some of her favorites.

Meanwhile, Chloe Moretz stopped by Korea earlier this month and met Taemin, MAMAMOO, and many other stars during her visit.

Problematic Men
Chloe Moretz
How does this article make you feel?