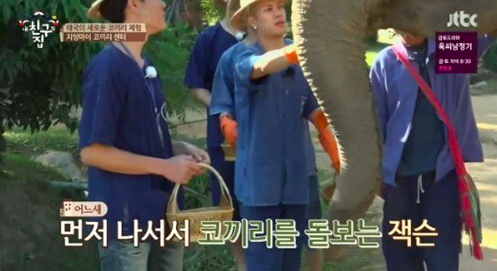 On the episode of JTBC‘s “Where Is My Friend’s Home” which aired on March 20, the members visit an elephant center where the animals were gathered for treatments.

GOT7‘s Jackson, who especially showed a fear of elephants, got close to them but had trouble touching them.

Jackson is startled when the elephant that he, Alberto, and fellow GOT7 member BamBam were taking to wash suddenly stops in its tracks.

“Just put a banana in its mouth,” its trainer says.

Jackson is first to man up and feed the elephant, and he proudly says, “We’re close now.”

After a while, he gained enough confidence to say, “Take your time noona. Slow~ noona,” making everyone laugh.

However, the GOT7 member becomes confused when the elephant refuses to listen to him, saying, “Noona you’re too fast.” 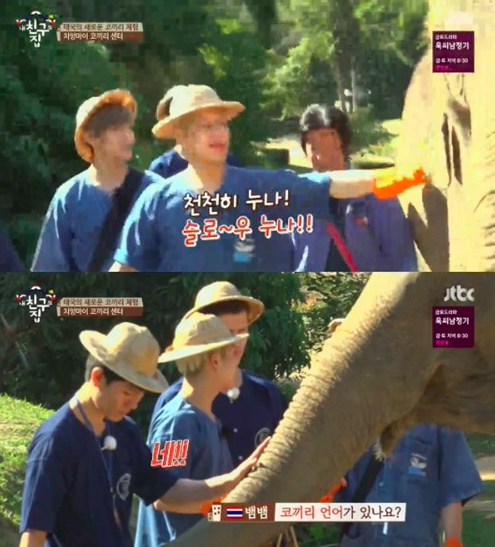 Seeing Jackson struggle, BamBam asks the trainer, “Do elephants have their own language?”

After using the phrase “Cha cha” taught by the trainer, the members are surprised that the elephant really slows down. 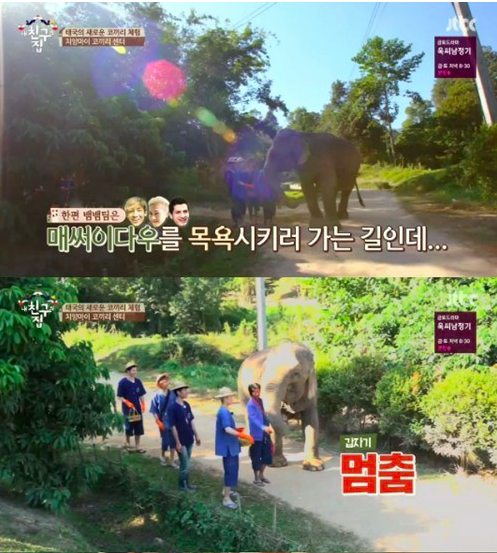 Meanwhile, this episode of “Where Is My Friend’s Home” shows the members finally visiting BamBam’s home.

GOT7
Jackson Wang
BamBam
Where Is My Friend's Home
How does this article make you feel?