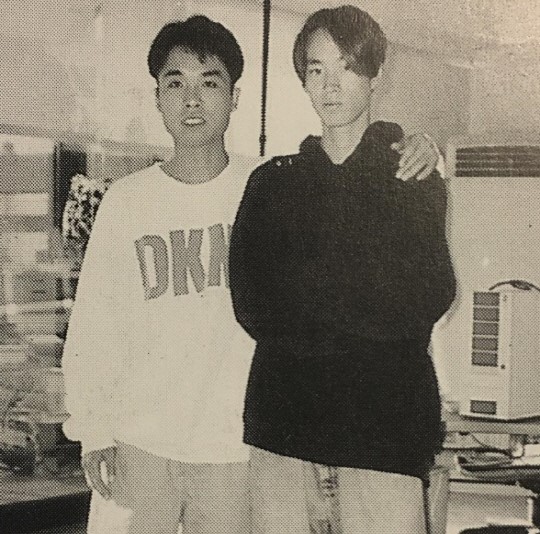 On March 20, Epik High‘s Tablo uploaded a nostalgic picture on his Instagram, with the caption, “Old photo. Around 17 years old. When I started to ‘write lyrics’ unexpectedly thanks to Kim Gun Mo sunbae-nim (honorable senior).”

In the photo, Kim Gun Mo affectionately has his arm around Tablo, and the rapper, who was just a high schooler back then, holds a steady gaze and pose, even while standing beside top-star Kim Gun Mo.

Back in 1997, around the time this photo was taken, Tablo wrote the lyrics to one of Kim Gun Mo’s b-side tracks, “Rainy Christmas,” from his fifth album, “Myself.”

Meanwhile, Epik High recently became the first K-pop act to be invited to Coachella, one of the biggest music festivals in the U.S., and will be performing on April 17 and 24.

Epik High
Kim Gun Mo
Tablo
How does this article make you feel?