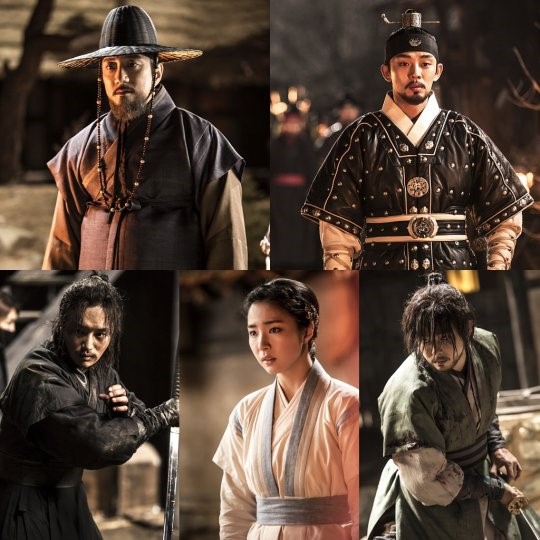 The epic historical drama “Six Flying Dragons” is finally drawing to a close. The drama began airing on October 2015 and has two episodes left in its run. For almost six months, the drama has kept its place at No. 1 in its time slot on Mondays and Tuesdays.

The loss of a major character and Kim Myung Min’s impressive acting has left many viewers curious as to how the last two episodes will resolve the story. In the preview for the upcoming episode, Lee Bang Won and an unknown person are engaged in a bloody conflict that also involves the characters played by Shin Se Kyung, Byun Yo Han, and Yoon Kyun Sang.

The production staff released a statement saying, “After Jung Do Jeon’s departure, ‘Six Flying Dragons’ will be going in a new direction. The actors and staff worked hard to make a drama that you couldn’t take your eyes off until the last moment. Please support us until the very end.”

The final two episodes will air on March 21 and 22. Watch the latest episode below: