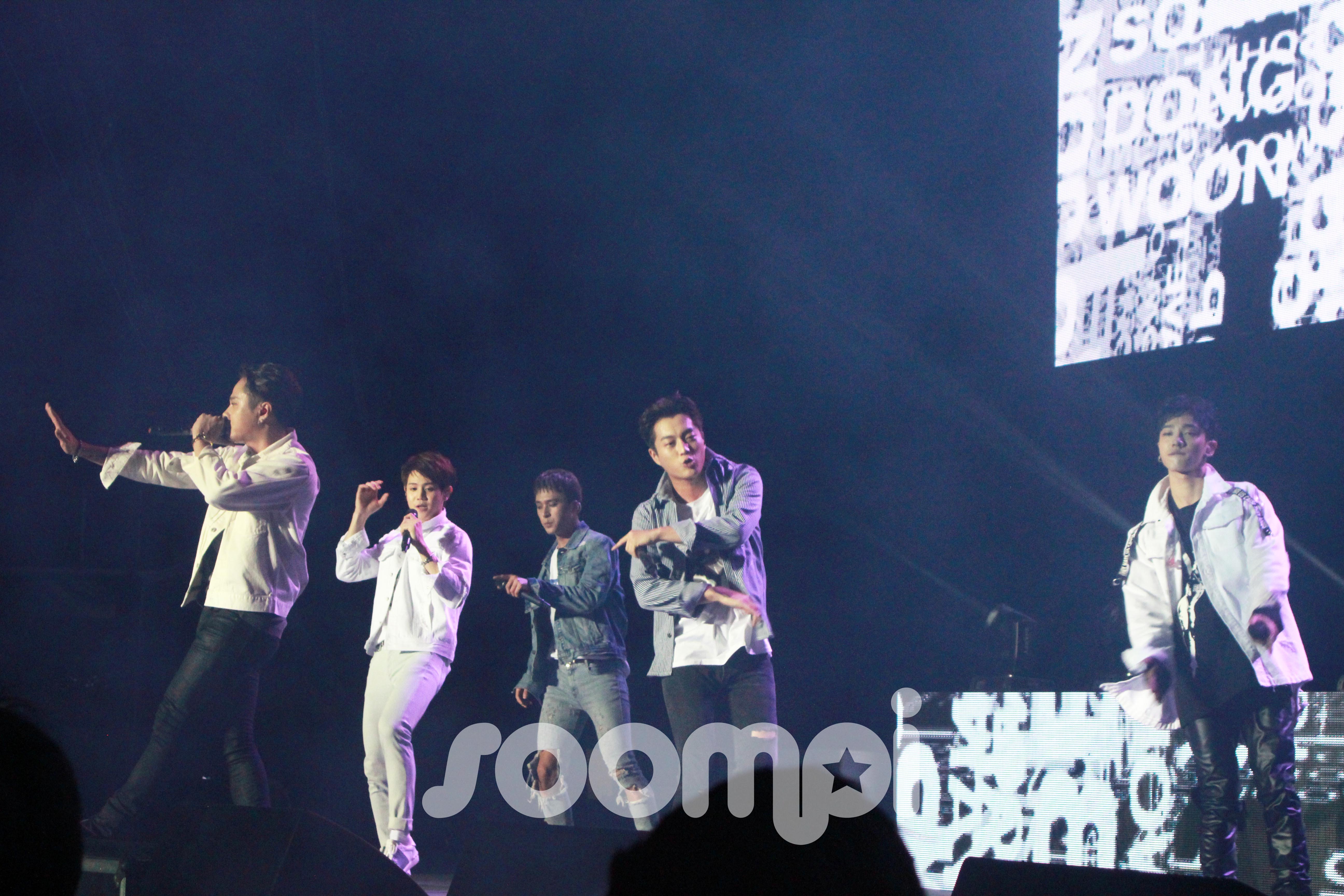 BEAST has been stopping in various cities across Asia for fanmeets, their latest one being Manila, Philippines and they totally riled up the crowd with fun, music and laughter.

Hyunseung wasn’t around which was a real bummer but the boys did their best to make us feel better about it by being their usual funny selves.

But we’ve don’t want to think about feeling sad. Here are seven things we loved about BEAST’s Manila fanmeet!

1. Dongwoon introduced himself as coming from a province in the Philippines. 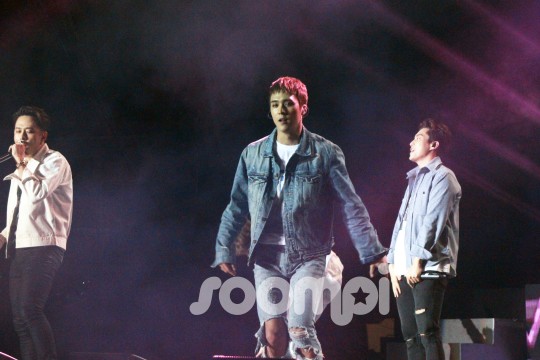 When they made their introductions, Dongwoon introduced himself as “Dongwoon from Santa Rosa,” having spent some time there to study English. Santa Rosa is a city just south of Manila and Dongwoon spent some of his youth there.

2. Yoseob is one trippy fellow. 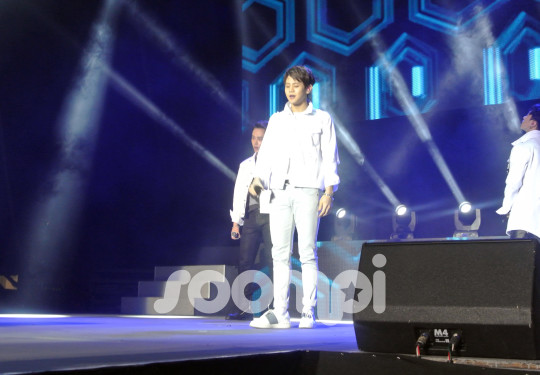 From doing a victory lap for winning the first game to throwing soccer balls at Doojoon’s back, Yoseob quite enjoys being playful. Oh and following Dongwoon’s introduction, he introduced himself as “Yoseob from Korea.” Such a quirky one. 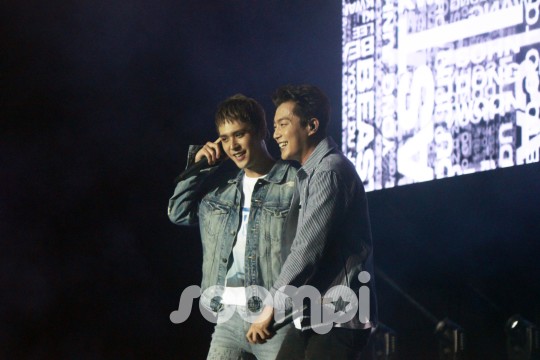 BEAST played a game where they had to kick a mini soccer ball into a wall with numbers. Each number had a corresponding gift such as a signed copy of their latest album, their 2016 Seasons Greetings and selcas to name some. After some failed attempts, they rigged the game and played another round so they had more to give away. And speaking of presents… 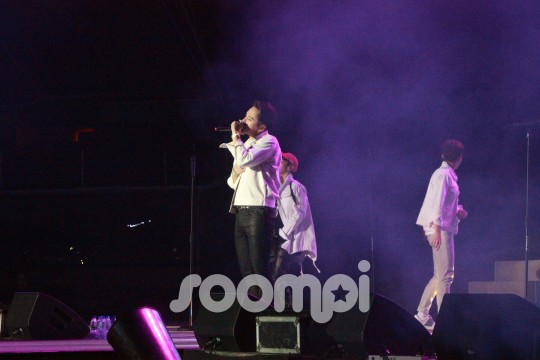 Aside from the gifts previously mentioned, the boys also gave other items which they really wanted to give away. One being a Starbucks tumbler they bought in Manila and a teddy bear that Yoseob called the “Yoseob Edition Teddy Bear.”

5. The boys were adorable and cute all throughout the show. 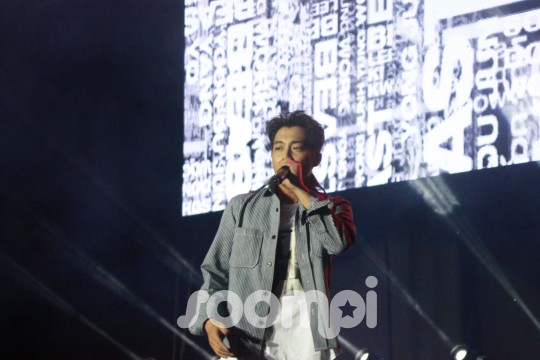 No, really. They hugged fans who joined them on stage for the first game. They would sing “Congratulations” in harmony after each time a winner would be picked for the prizes they gave away. Oh, and Kikwang was spotted grabbing cameras and taking selcas when they were moving around. It was all sorts of endearing.

6. Kikwang got a giant birthday cake. 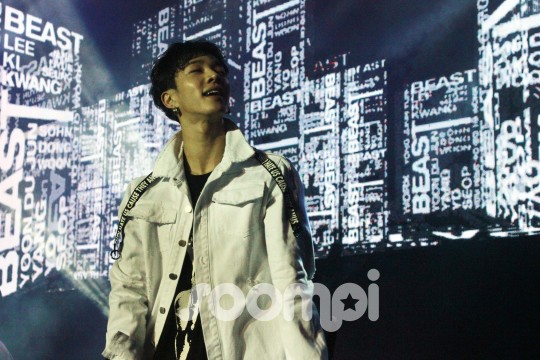 Since Kikwang’s birthday is a few days away, fans prepared a birthday cake which was brought out on stage. The group sang the birthday song and helped Kikwang blow out the candles. 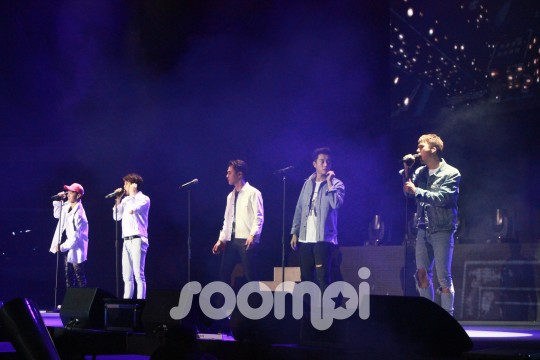 BEAST is fantastic with their vocals and their acoustic version of “Midnight” was proof of it. Enough said.

And that’s a wrap – some of what we loved about BEAST’s fanmeet. A special thank you goes out to our friends from All Access Productions for inviting us to cover the show and for giving tickets to give away!

For those who were there, what did you like about the show? Share them in the comments!

Soompi Spotlight
BEAST
How does this article make you feel?