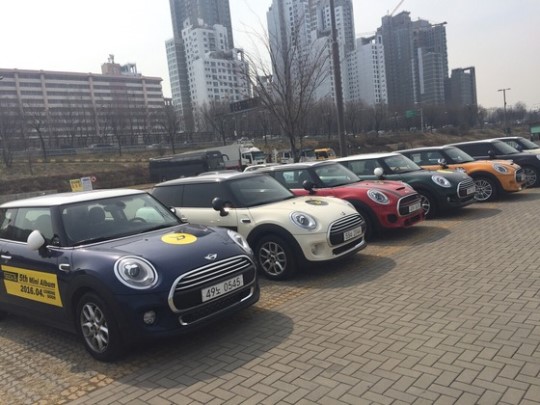 Block B is counting down the days for their comeback.

On March 22, a picture of their comeback promotion was revealed.

In the photo, Mini Coopers, which are marked with information about the group’s comeback, are lined along the road. From the date of their comeback to icons of the group’s symbol, the colorful cars are garnering interest for Block B’s new music. Fans who discovered the cars are sharing photos through social media and fan communities are having discussions on various opinions concerning the groups comeback as well.

A representative of their management agency, Seven Seasons, commented that, “It is true that Block B is holding a promotion with Mini Coopers. Please continue to look forward to their upcoming comeback.”

Meanwhile, the group will release their lead single on March 28 and later on make their official comeback in April.