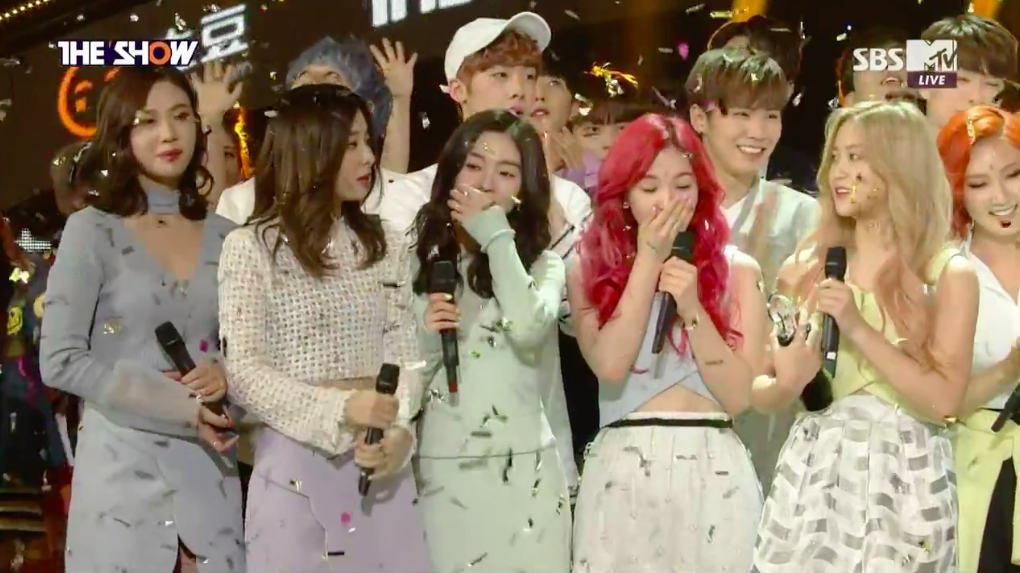 Red Velvet has grabbed their first trophy for their new track “One of These Nights”!

The group performed their comeback stage on March 22’s episode of “The Show,” and were up against fellow hit girl groups MAMAMOO and FIESTAR for the top spot. Although MAMAMOO was in the lead with live votes from Korean viewers and FIESTAR came in first with their pre-show score, live votes from Chinese viewers brought Red Velvet into first place. Their total score was 7823 over MAMAMOO’s 7312 and FIESTAR’s 7045.

During their acceptance speech, Red Velvet thanks SM Entertainment’s founder Lee Soo Man and everyone at their agency, their fans, family, and each other! Member Joy cries as she says, “We worried a lot about this album, thank you so much for giving us first place.” Before their encore performance, the members of MAMAMOO help Red Velvet celebrate on stage.

Watch their comeback performance and win below!

Support the artist by buying Red Velvet- The Velvet from YesAsia
MAMAMOO
Red Velvet
The Show
FIESTAR
How does this article make you feel?