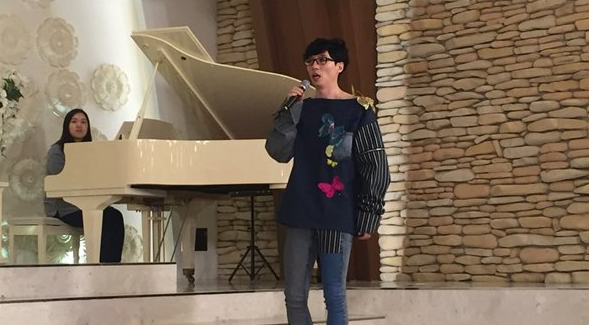 The cast of “Infinite Challenge” is embarking on a new mission by becoming wedding singers for their fans!

On March 22, the official Twitter for the popular MBC variety show announced that the members will be forming teams to perform congratulatory songs at fans’ weddings. They provide a link to an application form and encourage engaged couples to submit a story about their relationship if they would like the cast to perform at their wedding. 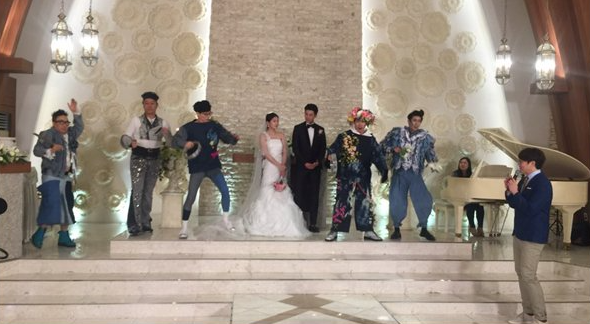 The show also uploaded photos of the members at a wedding ceremony, in which they sport hilarious spring-themed costumes as they sing and dance. The images reveal Yoo Jae Suk performing for the newlyweds in skinny jeans and a giant sweater with butterflies attached to it, as well as Jung Joon Ha wearing thick black eyeliner and a rock star-inspired outfit. 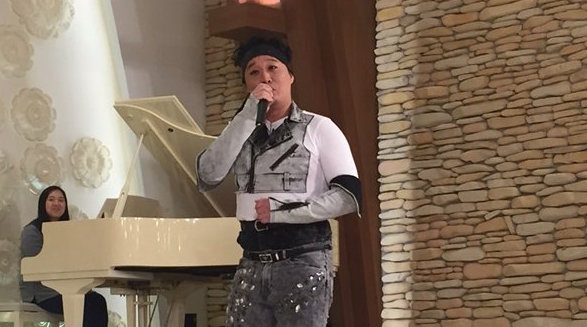 Would you want the cast of “Infinite Challenge” to perform at your wedding?