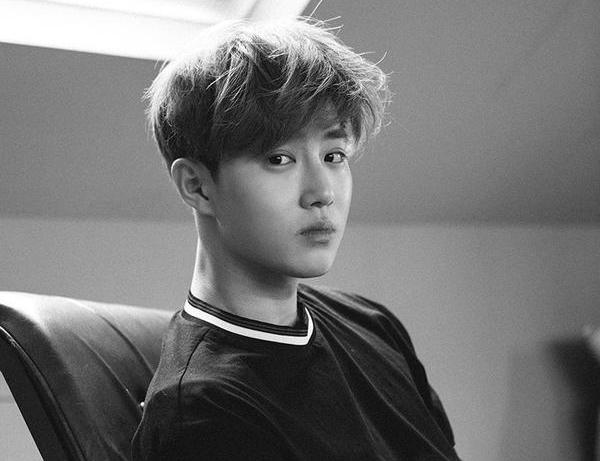 EXO‘s Suho will be making his on-screen debut in the upcoming film “Glory Day,” not as EXO’s leader Suho, but as actor Kim Joon Myeon.

Suho talks about the attachment he has for his name given by his parents. He reveals, “It could sound cute because it sounds similar to ramen, or noodles in general (noodles are called ‘myeon’ in Korean), but my name actually mean ‘become a great general through diligent hard work,’ with the ‘jun’ standing for great man, and ‘myeon’ meaning ‘diligence.'”

However, “Joon Myeon” is not quite suitable as an idol’s name, so he ended up being called, “Suho,” or guardian, instead, to mean “guarding EXO.”

He explains, “Idol names need to have an accent, or emphasis, so my actual name didn’t really fit. However, these days I can’t help but feel a bit disappointed when people close to me call me, ‘Suho-yah,’ or ‘Suho-hyung,’ especially a few of the EXO members who do this often. It might be out of habit, but I always seem to get sad when a couple of the younger ones do it. Haha.”

Suho reveals that while at first, it was awkward to introduce himself as Kim Joon Myeon during interviews or press conferences, he likes it. He elaborates, “I’ve been satisfied with the promotions I’ve done under the name ‘Suho,’ but I wanted to use my real name if I were to act. A lot of people think that ‘Suho’ is my real name, and while it is refreshingly different, I think that I can create my own image associated with ‘Kim Joon Myeon.'”

He also talks about how he felt a different burden while acting, as opposed to the burden when he’s on stage, and how his fellow cast members and friends helped a lot. Suho especially points out his close friendship with Ji Soo, who also praised Suho in a different interview. Finally, as both EXO’s leader and as an actor, Suho reveals his aspirations for future promotions, and his determination to work hard.

“Glory Day” will be released in South Korean theaters on March 24.

EXO
Kim Joon Myeon
Suho
How does this article make you feel?