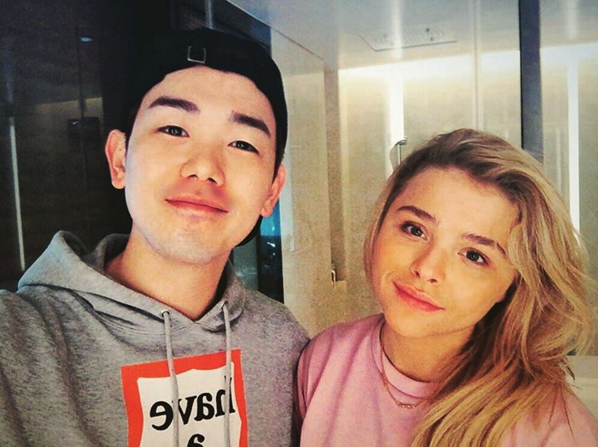 A representative from MBC announced on March 23 that Hollywood actress Chloe Moretz will appear on MBC’s variety program “I Live Alone.”

On March 18, entertainer Eric Namparticipated in the recording of “Rainbow Live” portion of the show. As many people know, Eric Nam and Chloe Moretz are good friends. Chloe Moretz plans to come on the show “I Live Alone” as Eric Nam’s special guest.

Being a huge fan of K-pop, she also recently had a chance to meet SHINee’s Taemin, MAMAMOO, and many other stars. She even made television appearances on variety shows such as tvN’s “Problematic Men” and “SNL Korea.”

The upcoming “I Live Alone” episode featuring Eric Nam and Chloe Moretz will air some time in April.

Would you like to see more Hollywood stars on Korean shows?

Eric Nam
Chloe Moretz
Home Alone
How does this article make you feel?