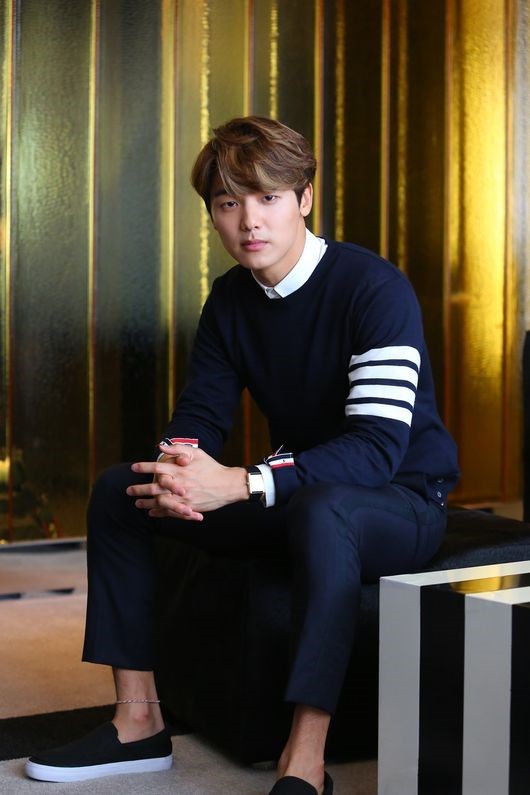 It was revealed on March 19 that he is in talks for a role, but the final confirmation about his casting was made on March 23. He will be acting alongside Ji Sung and Girl’s Day‘s Hyeri.

“Entertainer” tells the success story of manager Shin Seok Ho (Ji Sung) who forms a band called Ddanddara. Kang Min Hyuk will be playing Cho Ha Neul, the vocalist of the band. He initially gives up his singing career after finding himself in unfavorable circumstances, but he soon ends up meeting Shin Seok Ho and this becomes the turning point of his life. Teen Top’s L.Joe is reportedly set to join Kang Min Hyuk as one of the band members.

Kang Min Hyuk says he looks forward to returning to acting after a three-year hiatus, and promises to do his best during the filming. “I’m very excited to greet viewers via ‘Entertainer’ after a long break. I’m grateful and extremely honored to be able to work with such excellent senior actors, screenwriters, directors, and staff members.”

“Entertainer” is expected to premiere in mid-April after “Please Come Back, Mister” ends its run.

Entertainer
CNBLUE
Kang Min Hyuk
How does this article make you feel?