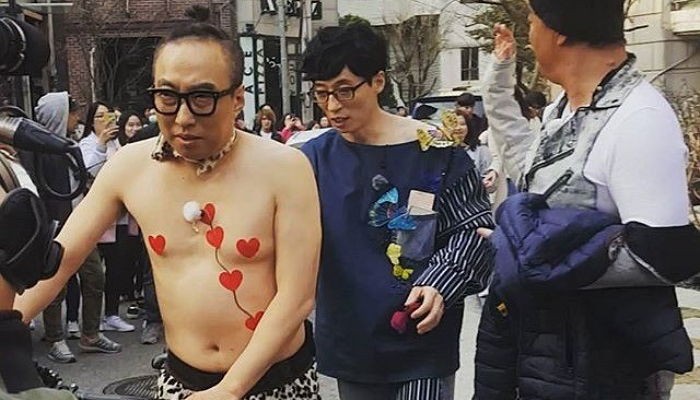 Comedian Park Myung Soo was recently spotted in the popular shopping district of Apgujeong in Seoul in quite the peculiar situation.

Several sightings of Park Myung Soo were posted on various online communities that showed him walking in the middle of the city wearing only his boxers. He is wearing a helmet and riding a bicycle. Next to him was Yoo Jae Suk, with a flamboyant outfit and an idol hairstyle, drawing even more curiosity for what they might be up to. Contrary to Yoo Jae Suk who appeared shy, Park Myung Soo was greeting fans and looking quite laid back.

All that was released is that they were apparently filming for an upcoming episode of “Infinite Challenge.”

Check out the funny sightings below! 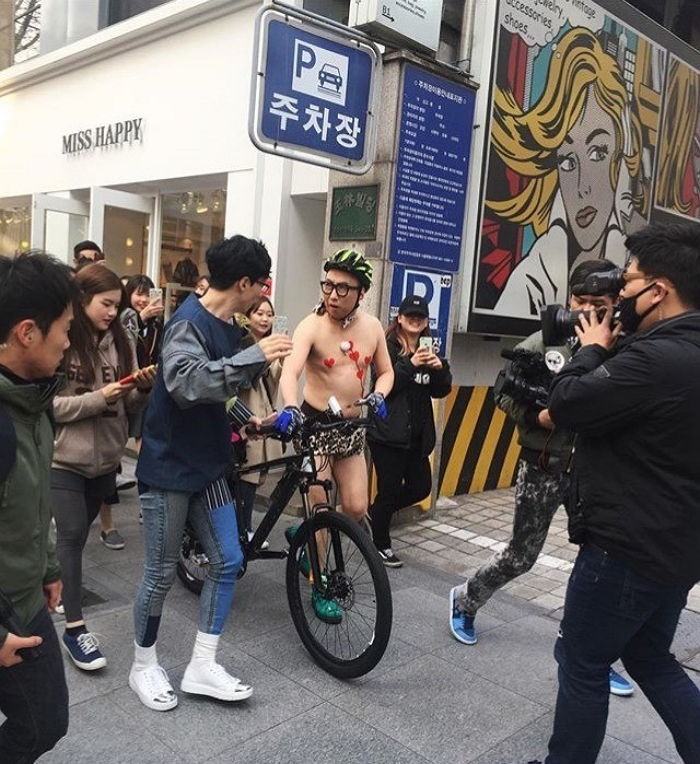 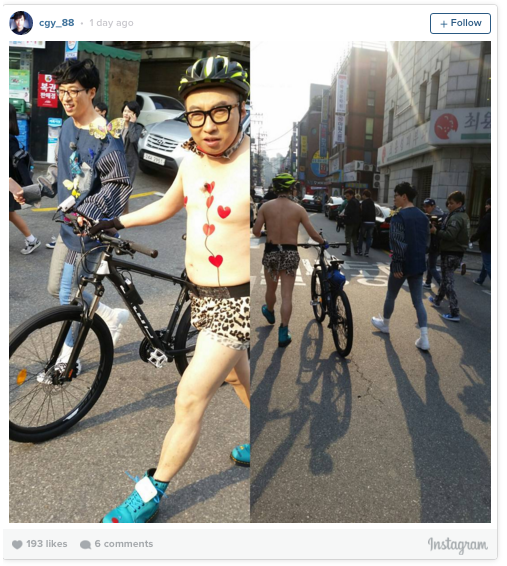 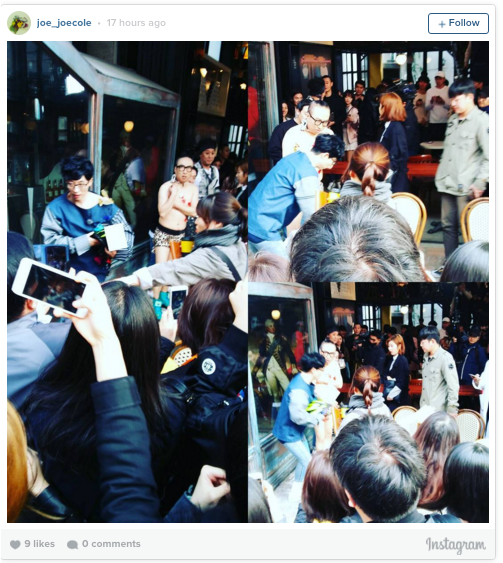