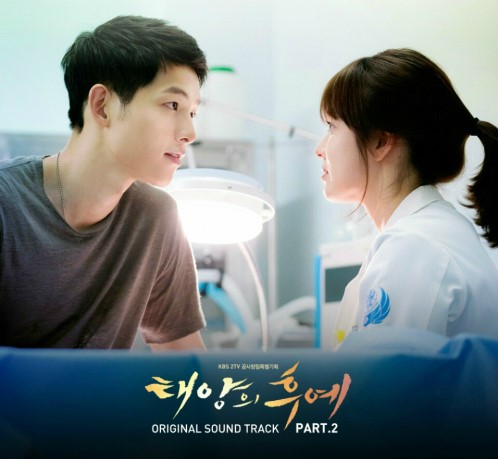 It has been revealed that four songs from the soundtrack for the “Descendants of the Sun” have been re-recorded in order to better draw in the emotions of the viewers even more.

A representative from the production company said on March 24, “In order to maximize the emotions that arise from the synchronization between the screen and the music, we re-recorded four songs from the soundtrack, including Lyn’s “With You” and Gummy’s “You Are Everything.”

Representative Yoo Jin Oh from the drama shared, “We weren’t satisfied with the songs that were previously recorded and so after much deliberation, we decided to record them again. We spoke and held many meetings with the singers in order to create a more perfect song. Through their hard work, we have created a soundtrack that will better create a synchronization between the drama and the viewers.”

Producers Lee Eung Bok and Kang Dong Yoon met on March 14 at a studio in Gangnam with Lyn in order to perfectly re-record her song “With You.” In order to draw out the emotions even more for the sad ballad, they completely changed the key of the song and even the lyrics and made her voice sound even more haunting as she sings it. Guitarist Ham Choon Ho also redid his parts for the song as well.

Gummy’s song also faced some major upgrades as well. It was revealed that it took seven hours to re-record the song and the final mastering of the track was done in the United States with a producer who has previously worked with pop star Adele.

Mad Clown and Kim Na Young’s song “Once Again” is another track that has been revealed to have been remade in order to create a more dramatic environment for the viewers and listeners alike.

The newly recorded songs will be released next week on the eighth edition of the drama’s soundtrack.