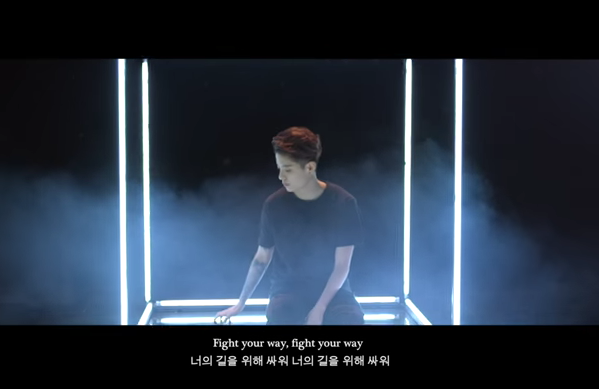 Watch: f(x)’s Amber Gets Real About Life and Struggles in “Borders”

f(x)‘s Amber talks about dreams and persistence in her new solo track “Borders.”

The music video and song were released on March 25 at midnight KST. This marks the seventh release from SM Entertainment‘s single project STATION.

“Borders” is an emotional synth hip-hop track written and composed by Amber. For the music video, she teamed up with DPR Production.

As she explains in the video description on YouTube, the song is all about getting real, showing her raw side, and sharing her story, with an emphasis on how you should “NEVER give up on yourself.” The lyrics are entirely in English.

Check out “Borders” below!

Meanwhile, the next SM STATION release is set to drop on April 1.