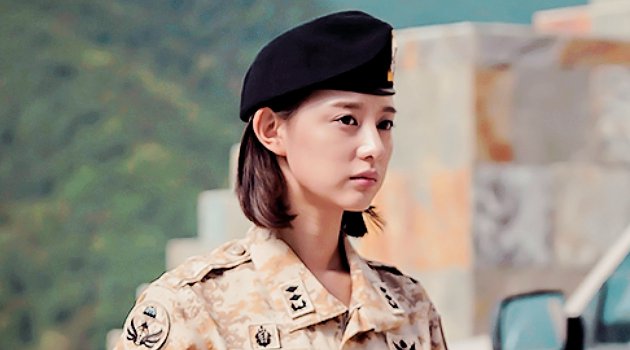 Kim Ji Won, as one of the stars of KBS’s record-breaking drama “Descendants of the Sun,” has seen her popularity skyrocket after the drama started broadcasting.

“This drama has been a life-changing production for me,” she said. “Rather than a one-in-a-lifetime opportunity, I think it has been a turning point in my life. Of course I’m also thankful to all the productions I’ve done so far because they helped me become who I am today. But I think ‘Descendants of the Sun’ might become my representative work.”

The actress now faces an important choice ahead of her: her next production. “It’s not going as well as I’d like,” she shared. “I keep worrying about what kind of character I have to do next, and what image I have to show people next. Now I think that as long as I have a good script and a good role and work hard, it doesn’t matter how it turns out.”

“Descendants of the Sun” is scheduled to complete its run in April and Kim Ji Won gave a small tease of what’s to come.

“I don’t know how I can tell you without spoiling it,” she said. “I will say that even though the whole drama has been like this, there was a serious incident in the recent episodes. There will be another huge incident in the future. When it happens, the characters’ feelings will become more intense. You can also look forward to ‘skinship’ between the Goo-Won couple.”

Watch Kim Ji Won in the first episode of “Descendants of the Sun” below:

Descendants of the Sun
Kim Ji Won
How does this article make you feel?