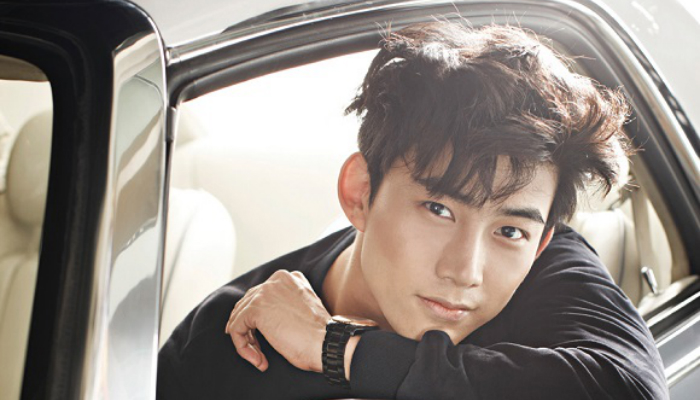 It has been revealed that 2PM member Taecyeon is in talks to star in the upcoming MBC Wednesday-Thursday drama “Lucky Romance.” Hwang Jung Eum has already confirmed her role in the drama and Ryu Jun Yeol confirmed his role on March 23 as well.

On March 25, a representative from the drama said that Taecyeon is negotiating his role in the drama, in which he would play Choi Gun Wook, an athlete who has a crush on Hwang Jung Eum’s character of Shim Bo Nui. He is set up as the rival to Ryu Jun Yeol’s character who also seeks the heart of Shim Bo Nui.

JYP Entertainment confirmed that they have received an offer but have not confirmed his participation yet and the drama production company reiterated that they are negotiating as well.

“Lucky Romance” is a romantic comedy based on a webtoon of the same name and will premiere in May after “Goodbye Mr. Black” ends its run.