Mnet’s “Produce 101” has revealed the results of its third round of voting!

On March 25’s episode, the show gets even closer to deciding the top 11 trainees who will be forming a project girl group. 13 trainees are eliminated, leaving 22 contestants in the competition.

Fan favorites Jun Somi and Kim Sejeong are both in the running for first place this time around. Kim Sejeong says, “I thought that I would have drastically gone down in the rankings,” while Jun Somi says, “I’m so happy just to have risen from fourth place.”

Jun Somi ends up taking first place, and is so overwhelmed that she bursts into tears, thanking her fans for supporting her. Kim Sejeong cutely cheers on Jun Somi, and shows her love for all her fellow contestants. 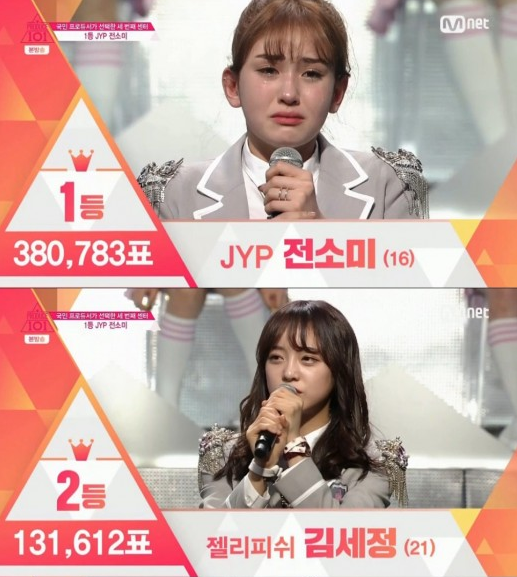 In third place is Choi Yoojung, who dropped one place from the second round. Kim Sohye and Kim Chungha round out the top five! 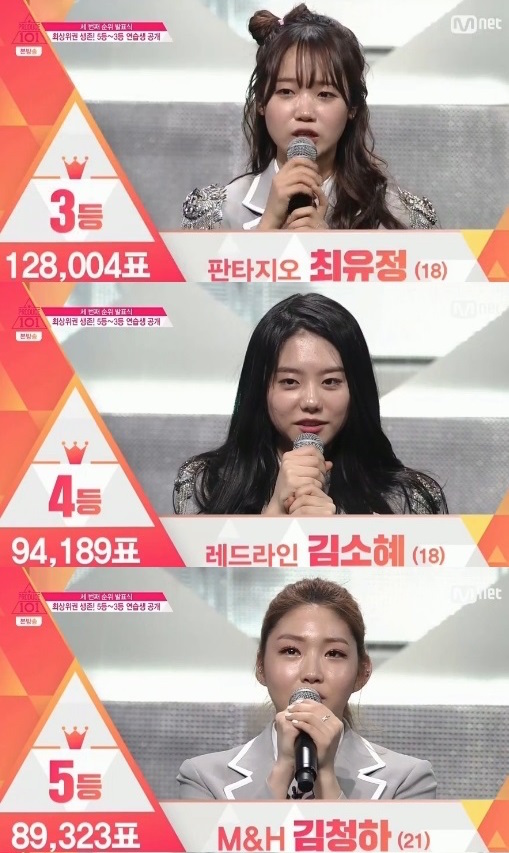 Check out the full list of the top 22 below:

The 11 members of the group will be determined in the show’s live final episode, which will air on April 1.

Which members are in your ideal top 11?