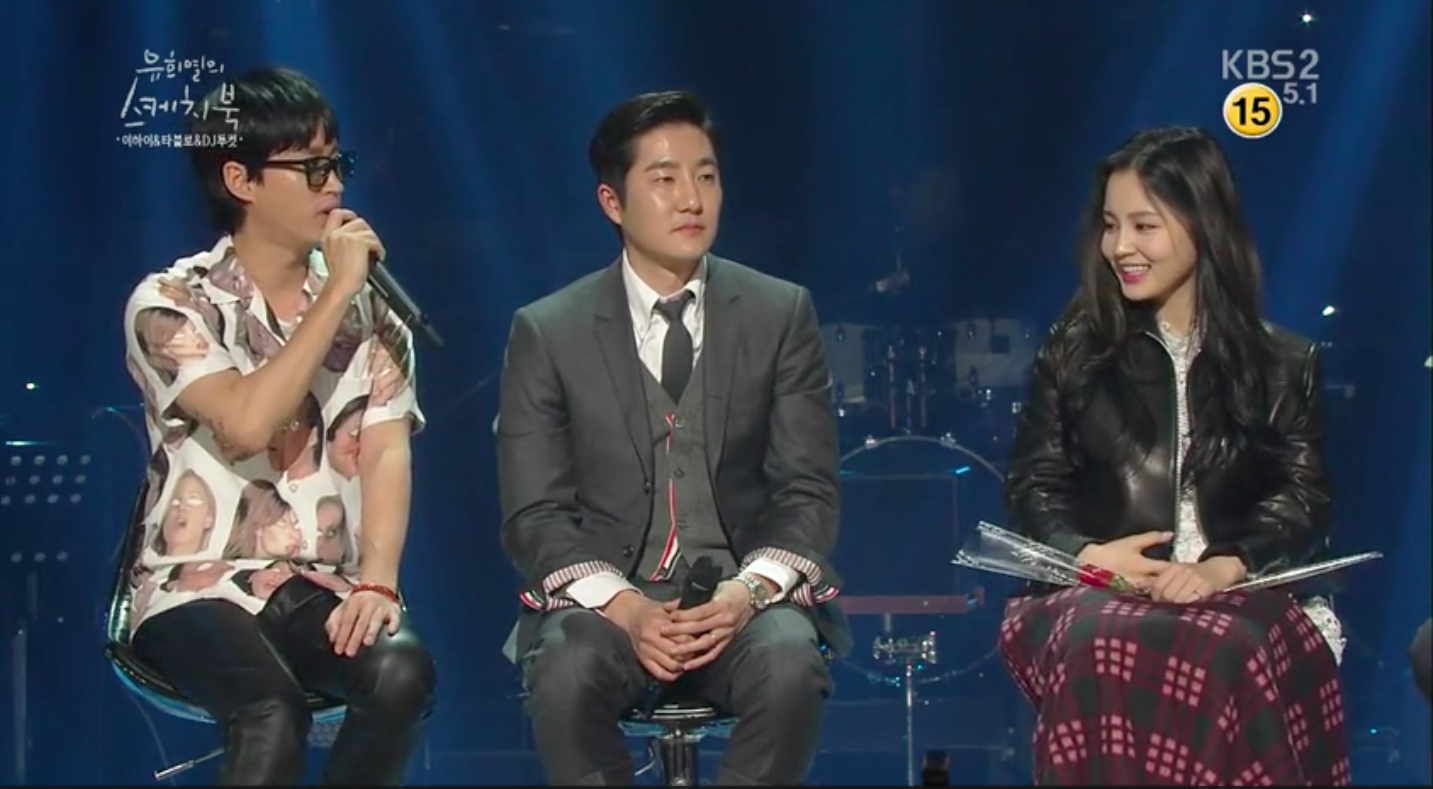 Epik High’s Tablo and DJ Tukutz make a surprise appearance on March 25’s episode of “Yoo Hee Yeol’s Sketchbook” to support Lee Hi, and Tablo gets the chance to talk about his reaction to her recent success.

While interviewing Lee Hi on the show, Yoo Hee Yeol suggests that she sing part of the Epik High song “It’s Cold” that she featured on in 2012. “On my own?” she asks, and then sings the intro to the song. To the audience’s surprise, Tablo and DJ Tukutz then come on stage to join her to perform more of the song!

The pair have come to support her because they were producers on Lee Hi’s recent half album “Seoulite,” along with Lee Hi herself. Lee Hi says, “They made the process really comfortable for me, and always asked my opinion.” 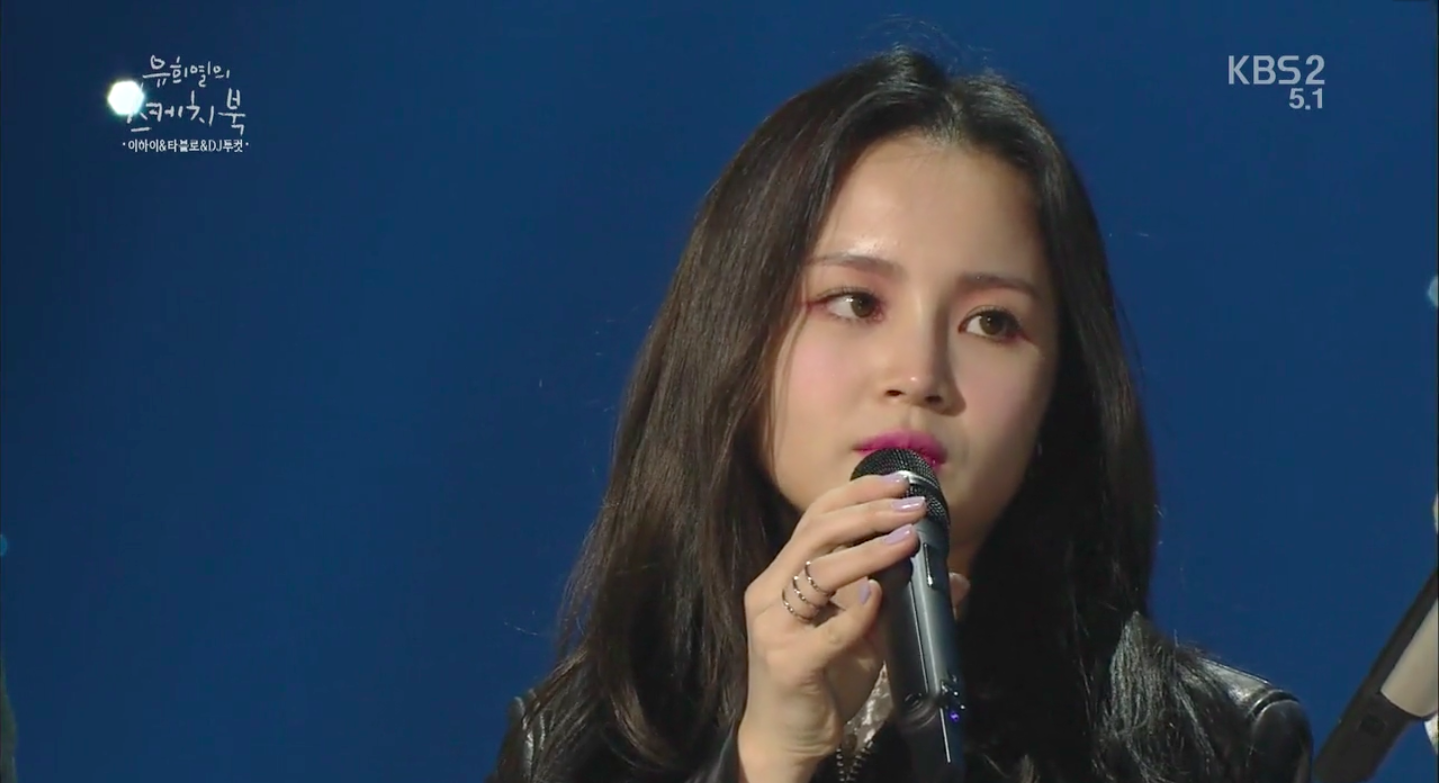 However, Tablo makes sure to state, “We really didn’t do anything. Lee Hi’s name is on the producing credits too. She has to be considered a producer of this album. She was really clear on what she wanted to do, and what she wanted to say to her fans and to the public. I think we just followed her.”

Tablo also adds, “The funny thing is that the song we just sang was from an album Epik High put out after being unable to release anything for three years, which Lee Hi helped us out on. And oddly enough, Lee Hi’s album is her first in three years, and we had the chance to help her with it. So we focused on making an album that Lee Hi could be happy with.”

DJ Tukutz adds, “I wanted to make sure that people would say she has developed. Since she really has.”

Yoo Hee Yeol asks the three of them how they felt when Lee Hi’s song hit number one on the charts. Lee Hi explains that they were together at the time, and that when her song reached first place early in the morning, DJ Tukutz announced it and they all celebrated.

“I cried,” says Tablo. “For real, I cried. Lee Hi hadn’t released an album in three years, so she must have been so pressured and scared. When I saw how happy she was to be in first place, I was just so touched.” 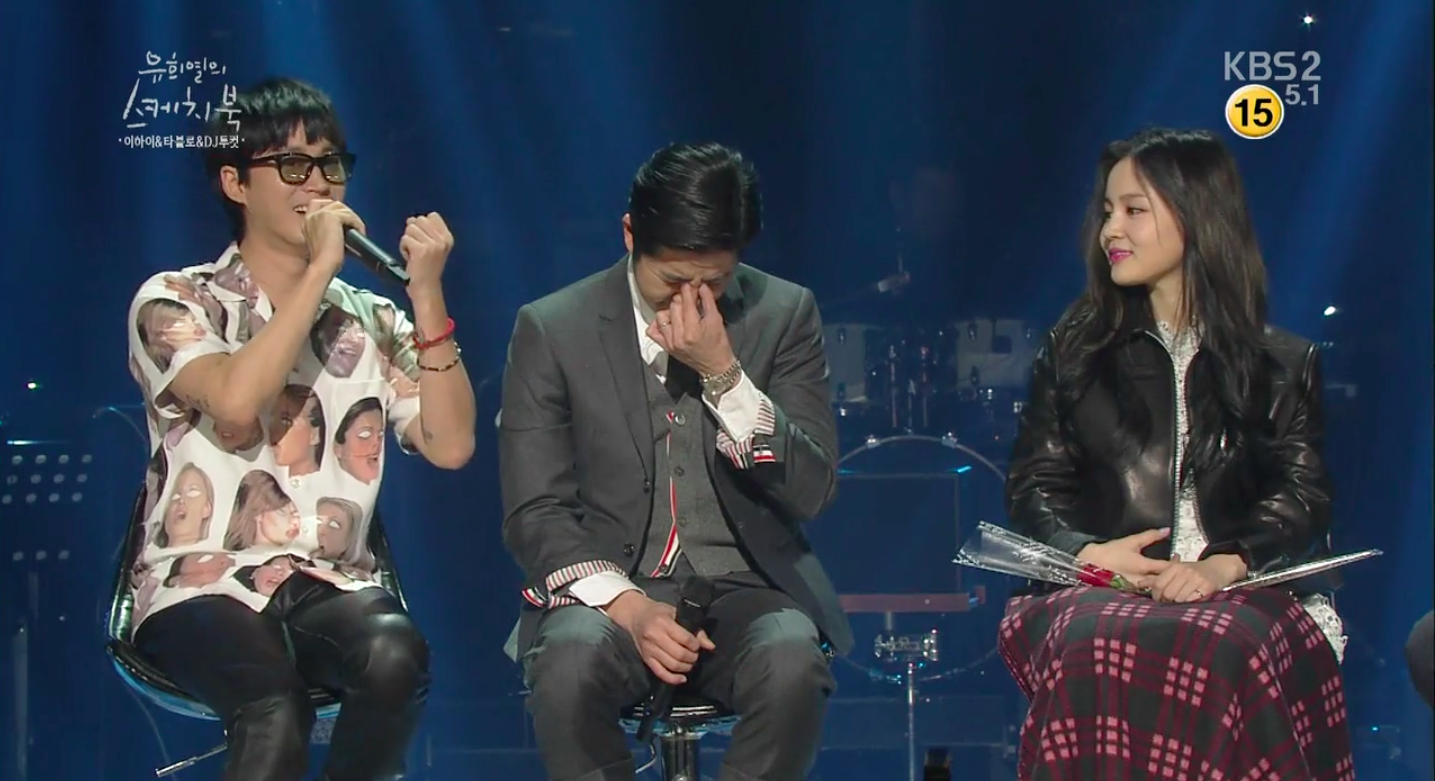 Yoo Hee Yeol says, “You felt like her father would.” Tablo replies with a laugh, “Really? I’m not old enough to be her father though…”

On the day of Lee Hi’s album release, HIGHGRND shared a video of this special moment to their Instagram, which you can watch below!