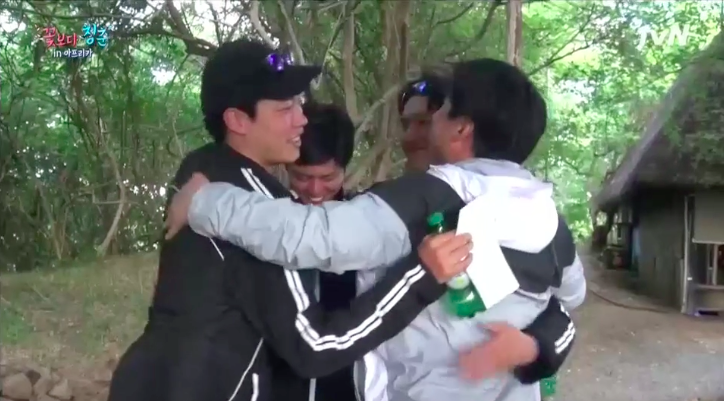 In March 25’s episode of tvN‘s “Youth Over Flowers,” the cast members finish their trip in Namibia and take some time to reflect on how they’ve come to be where they’re at now.

Once it’s announced that they’ve filmed their final scene and the cameras are about to be shut off, the guys clap for the crew and hug emotionally, with Park Bo Gum naturally getting teary. When all the cameras are off, Park Bo Gum is heard saying sadly, “You all worked hard. Do I have to take off my microphone now? Hyung, it’s all over. ‘Reply 1988’ is over too.” 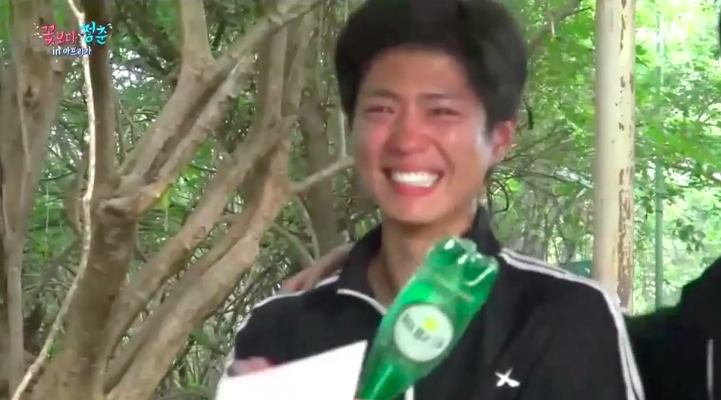 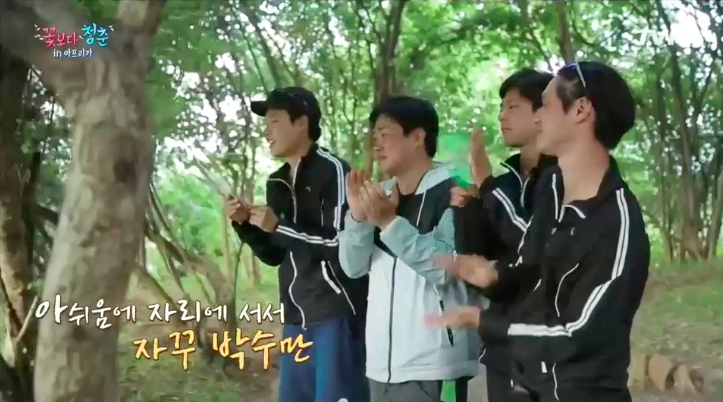 The show then takes a look at all four of the cast members’ careers leading up to their breakout roles in “Reply 1988.”

Ko Kyung Pyo says, “Before this, I did a lot of comic roles, like on ’SNL Korea’ and on sitcoms. I was becoming either a ’young actor who does a lot of comedy’ or a ‘good-looking comedian.’” The show then shares clips of Ko Kyung Pyo in his previous acting roles, as well as looking young and eager in auditions for “Reply 1988.” They contrast it with a dramatic scene from “Reply 1988,” highlighting the fact that the show gave him a platform to showcase his dramatic acting talents.

Ko Kyung Pyo adds that he’s learned a lot from his character Sun Woo, such as how to love someone, how to stay true to your beliefs, how to calm yourself, and how to be an upright person.

“I feel like he’s helped me become who I am,” he says. “I was someone who wavered a lot. The time I’ve spent filming ‘Reply 1988’ and ‘Youth Over Flowers’ has been so valuable and important to me. I’m so grateful.” 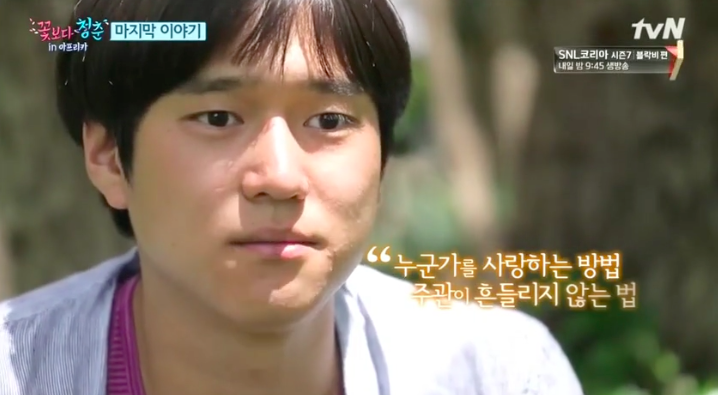 “Youth Over Flowers” then shares clips of Ahn Jae Hong’s various film and television appearances prior to his performance on “Reply 1988.” He says, “I don’t want to erase the character of Jung Bong. Instead, I think I should follow along this road.” 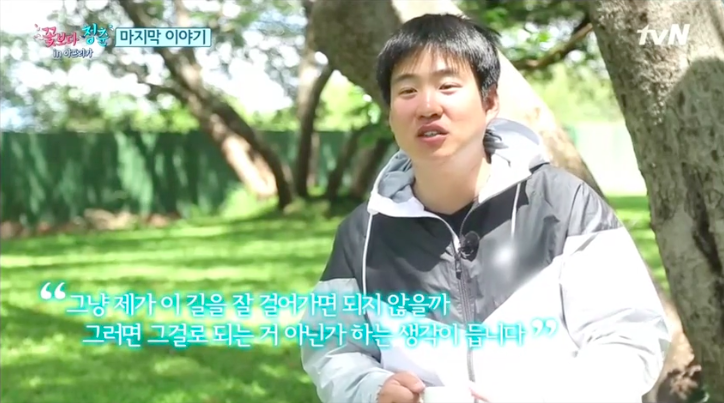 When asked what he did before he became well known through “Reply 1988,” Ryu Jun Yeol lists all the various jobs he’d done, including serving at a restaurant, catering, delivery, working at a convenience store, teaching after-school classes, and more. “I wanted to just try doing a thousand auditions, and then give up if none of them worked out,” says Ryu Jun Yeol. 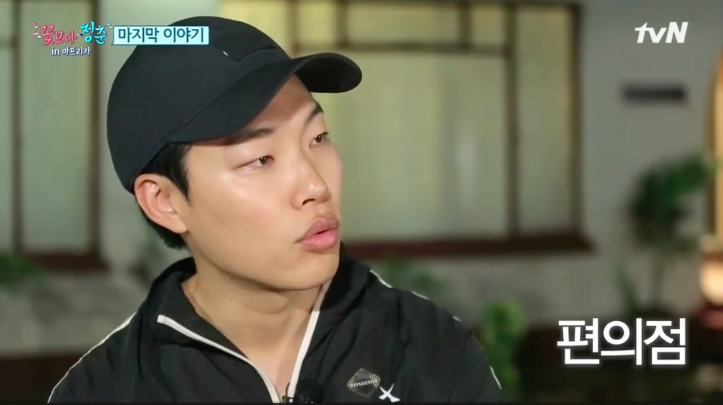 Lastly, the youngest of the four, Park Bo Gum, says, “When I was in my second year of high school, things got bad at home. I thought I should quickly decide on my career path and do my best to prepare for it. So I took a video of myself singing and playing the piano, and sent it in to large companies. I thought I needed to take responsibility for my family.” You can watch the video he sent in here. 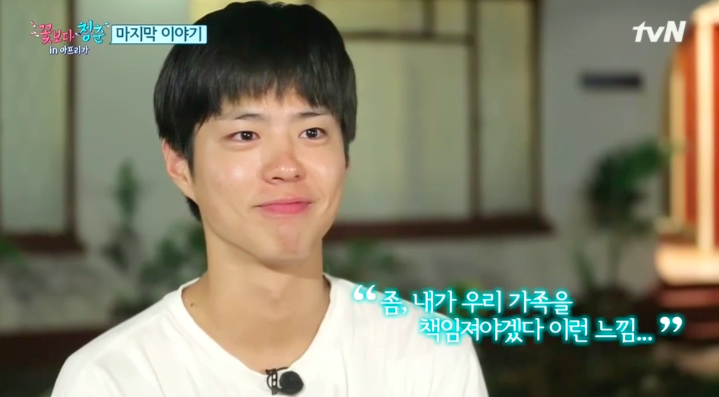 Although this week’s episode covered their final moments together in Namibia, the show will continue next week. The next episode will show outtakes and show the members meeting up to cook over a campfire again and talk about their trip!

Have you enjoyed watching these four guys from “Reply 1988” on their trip in Namibia?