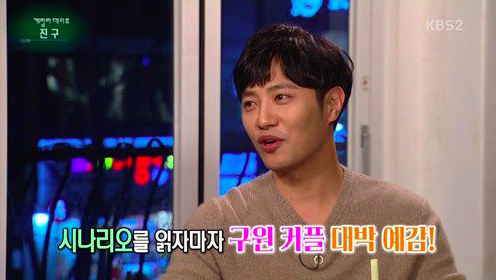 Jin Goo revealed the behind-the-scenes of the shower scene of “Descendants of the Sun.”

On the episode of KBS 2TV’s “Entertainment Weekly” aired on March 26, Jin Goo talks about how Song Joong Ki helped him out during the shower scene.

“Song Joong Ki brought two shorts. I was going to just wear my underwear, but I was grateful that he brought trunks. He’s such a pro,” Jin Goo says. 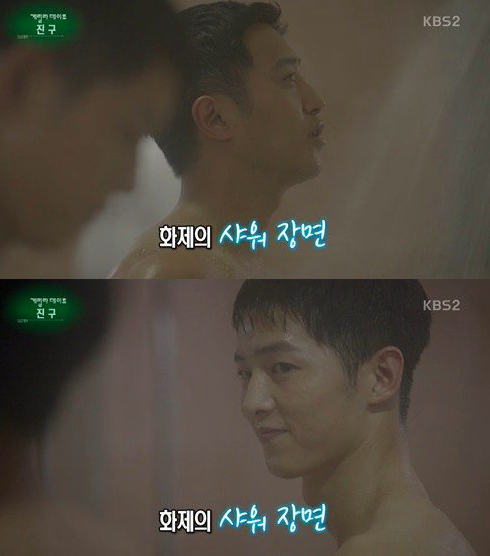 Meanwhile, he also talks about his soaring popularity.

“I’ve lived to think acting in front of a camera is the ultimate happiness, but I’ve never received such love in my 14 years as an actor,” he says.

When asked if his popularity has finally hit him, he says, “I thought I was in trouble the moment I took the script. I could tell Kim Ji Won and I as a couple would receive a lot of love.” 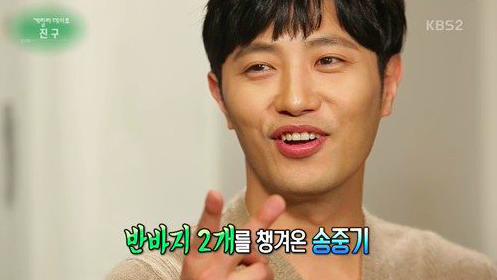 See Jin Goo and Song Joong Ki’s bromance in the first episode of “Descendants of the Sun” below:

Song Joong Ki
Descendants of the Sun
Entertainment Weekly
Jin Goo
How does this article make you feel?