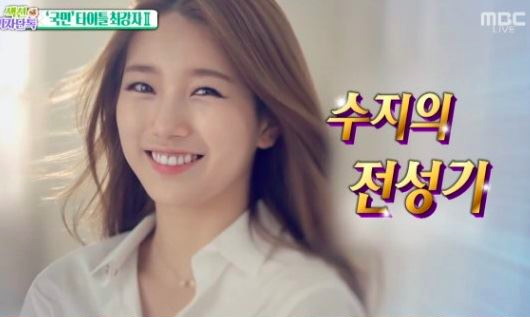 It is revealed on the March 27 episode of “Section TV” that miss A’s Suzy has earned an astonishing amount of revenue from advertising deals alone.

Being credited as “the nation’s first love” in the broadcast, the show reveals that Suzy raked in over 10 billion won (approximately $8.5 million) in the first half of 2013, filming 22 commercials after the success off her film, “Architecture 101.” 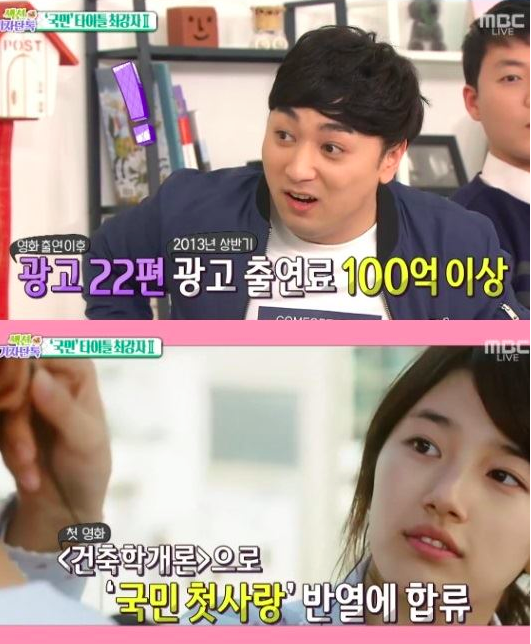 The reporter also brought up Suzy’s popularity at the box office, reporting that she brought in 4.1 million viewers to the theaters to see “Architecture 101.”

Meanwhile, Suzy is set to star opposite Kim Woo Bin in the upcoming drama “Uncontrollably Fond.”

Correction: March 28, 2015 KST
An earlier version of this article misstated the time period for the CF earning mentioned. It also misstated the film that earned Suzy 4.1 million viewers.

Suzy
miss A
Section TV
How does this article make you feel?