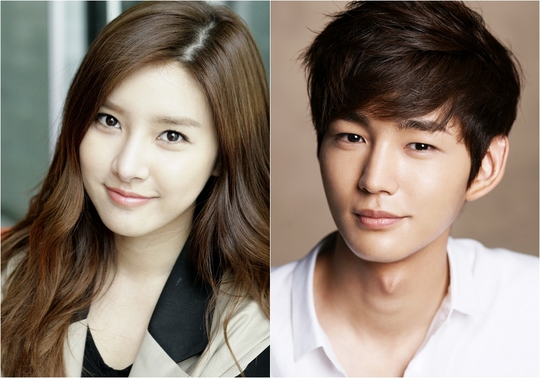 Lee Won Geun and Kim So Eun have been cast in the second season for the web drama “Pounding Spike 2!”

The web drama will be a joint production between Korean company Kim Jong Hak Production and China’s Sohu.com, with the script written by Choi Ji Yeon and directed by Kim Jin Young.

“Pounding Spike 2,” like its predecessor, will be a sports romantic comedy. The second season will take place on a university campus between the studious Han Da Woon (Kim So Eun) and volleyball genius Dong Hae Sung (Lee Won Geun). Han Da Woon hires Dong Hae Sung to be her “love counselor” so she can learn how to get closer to her crush, but ends up falling for Dong Hae Sung instead.

Kim So Eun has appeared in dramas such as “Boys Over Flowers” and “Liar Game,” while Lee Won Geun has built up his career with works such as “Hyde Jekyll, Me” and “Sassy Go Go.”

Pounding Spike 2
Kim So Eun
Lee Won Geun
How does this article make you feel?