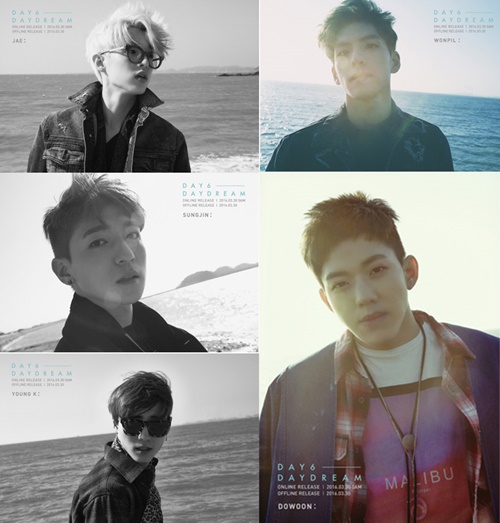 Rookie band DAY6 will be appearing on their first ever music broadcast!

According to a representative from their agency, JYP Entertainment, DAY6 will be performing on the March 31 broadcast of Mnet‘s “M Countdown.”

They say, “DAY6 are planning on promoting through broadcasts, mainly centered around music shows. They will approach the public in a more familiar way.”

DAY6 is the first band under JYP Entertainment, and debuted last September, concentrating more on live performances rather than music broadcasts.

Now a five-membered group, instead of six, DAY6 will release their second mini album, “DAY DREAM” on March 30.