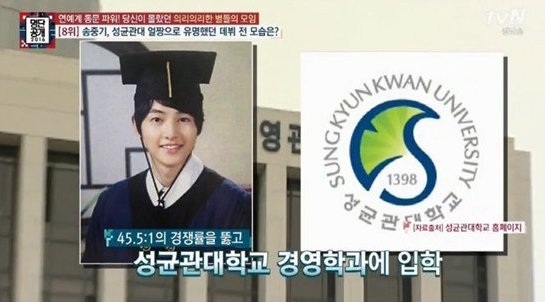 On March 28, tvN‘s “The List” placed Song Joong Ki in eighth place for his special, loyal relationship with his old school, in a list for alumnae in the entertainment world with great influence.

Song Joong Ki had perfect grades since his high school days, and was even the student body president of his entire school. He was admitted into Sungkyunkwan University as a business administration major, beating out the competition 45.5 to one. 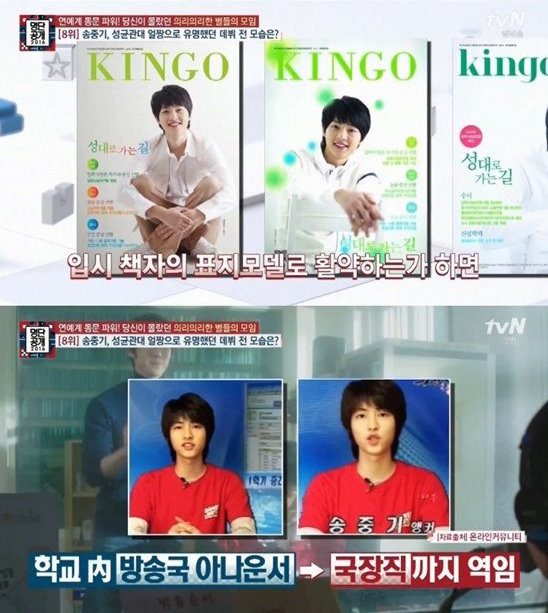 Even before his debut in the entertainment world, Song Joong Ki was the representative figurehead of Sungkyunkwan University. He was known as the school’s “ulzzang” (extremely good-looking person), and “mom’s friend’s son” (perfect son). Furthermore, Song Joong Ki was the university’s magazine model, and even worked as a broadcasting announcer for the school at one point. 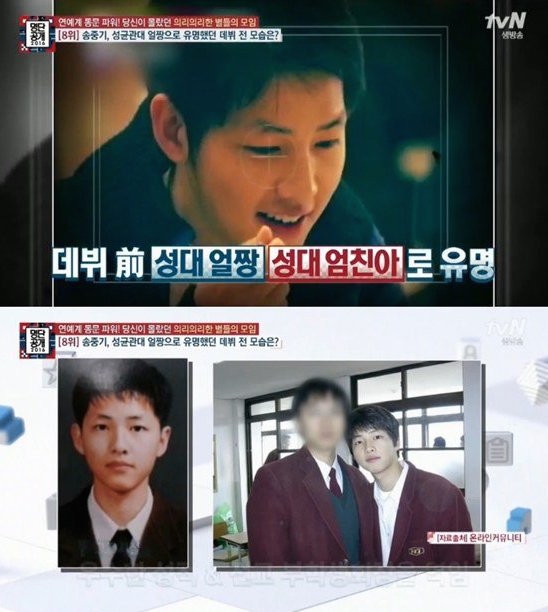 In the photos from both his high school and college years, Song Joong Ki’s never-changing pure skin stands out, as well as his sharp visuals. His smile is the still the same as Yoo Si Jin’s, his current character in the super popular KBS2‘s “Descendants of the Sun,” which recently passed 30 percent viewer ratings.

Song Joong Ki
The List 2016
How does this article make you feel?