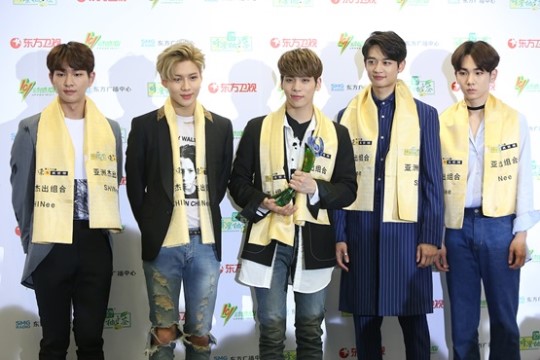 The “East Billboard Music Awards” has been held annually since 1994 on East Satellite TV. This year’s ceremony was attended by G.E.M, Zhou Bichang, Zhang Jie, SNH48, and more.

SHINee was the only Korean artist at this year’s ceremony. During their acceptance speech they said, “It’s an honor to be able to attend this great awards ceremony and we are really thankful for this meaningful award. We are so thankful to our fans and we will work hard as SHINee and show a better image in the future.”

SHINee is currently in Japan for their world tour.

Support the artist by buying SHINee Vol. 4 - Odd from YesAsia
SHINee
East Billboard Awards
How does this article make you feel?