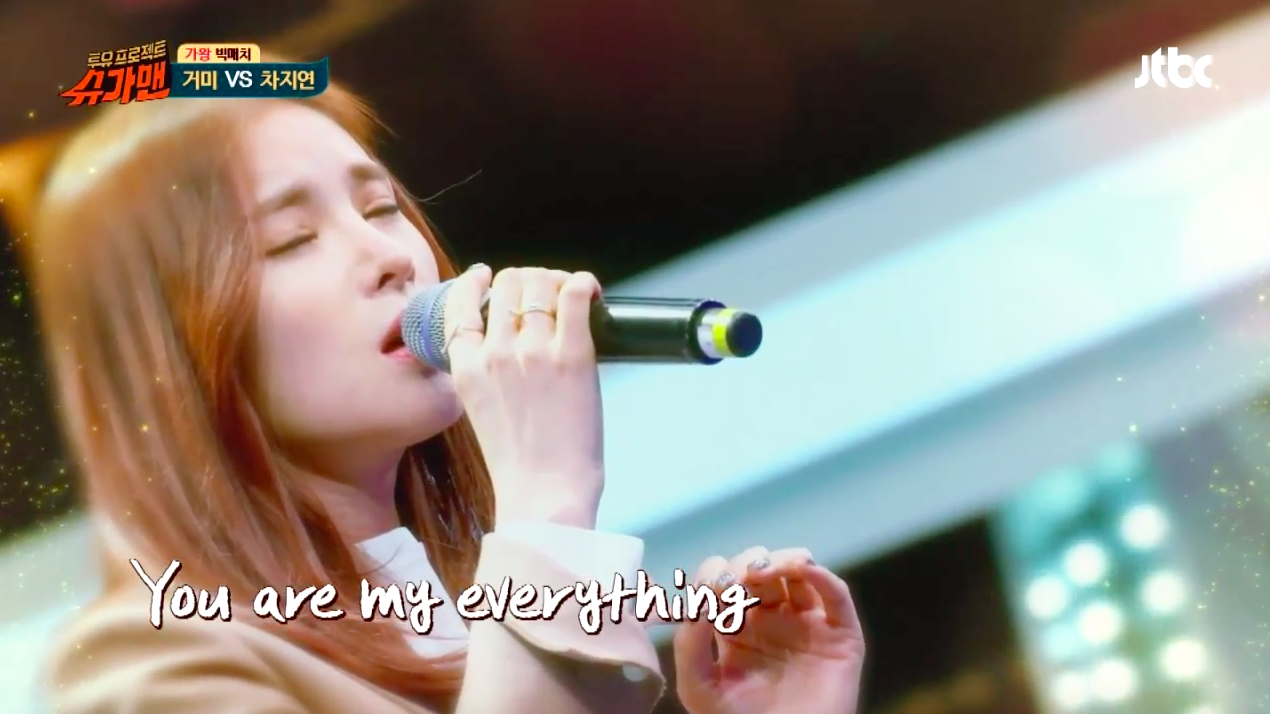 On the episode of JTBC’s “Sugar Man” that aired on March 29, Gummy wows the crowd by treating them to her first ever live performance of “You Are My Everything,” her song from the “Descendants of the Sun” soundtrack.

Her performance is enhanced by her deep and soothing voice, which has become a key part of her signature vocal style. During the climax of the song, she manages to pour out her emotions, reminding listeners of scenes from the drama.

Even the panel, regardless of which team they’re on, watches her performance with an expression of bliss on their faces.

Watch Gummy’s flawless performance in the video below!

Sugar Man
Descendants of the Sun
Gummy
How does this article make you feel?