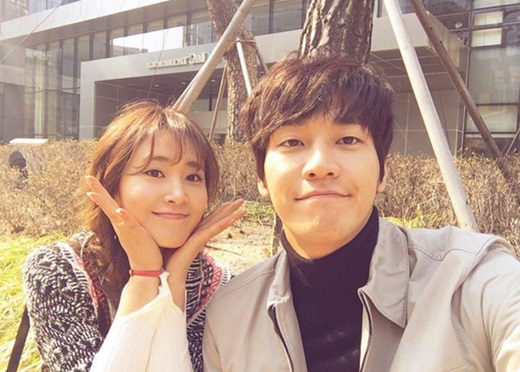 Actor Kim Young Kwang and Girls’ Generation member Yuri will be teaming up with director Jo Soo Won, who worked on “Pinocchio” and “I Can Hear Your Voice,” for a new web drama.

The web drama will be a Korea-China collaboration project titled “Gogh, The Starry Night.” The drama is a romantic comedy about a 29 year-old advertising company employee, Gogh (played by Yuri), who strives to have the best of both worlds in terms of a successful work and love life. Her character, Gogh, works hard at whatever task her boss gives to her, but also works just as hard at talking behind her boss’ back. Kim Young Kwang will play the role of Kang Tae Ho, a department head at an advertising company, who has perfect looks but a cold heartless exterior and is therefore avoided by everyone. Although he may appear like he is out to get her, he cannot help but look at Gogh as cute and adorable.

Yuri updated her Instagram with a picture and a short video from their first filming, showing her excitement for her new upcoming drama.

The drama is scheduled to air in China first in June.

Girls' Generation
Kim Young Kwang
Yuri
How does this article make you feel?