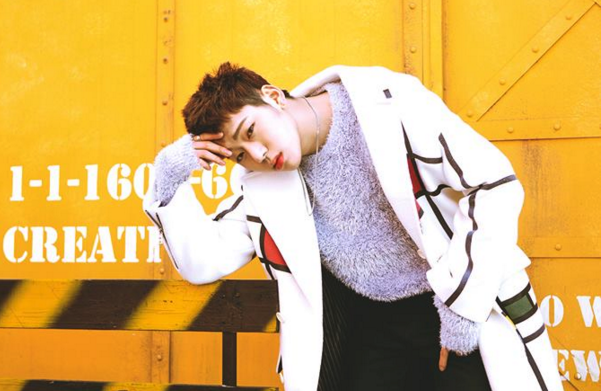 Block B has taken over the music charts with their newest single. The members are happy to see their music do so well because it has been a while since they have returned to the music scene as a full group, and it seems that their hard work is paying off.

During an interview with news outlet OSEN on March 28, Zico said, “The time after a breakup helps us become numb to the leftover regret and pain. On the other hand, it helps us feel them at full force as well. From the past when you calmly take in the break up, to the present when you slowly feel the ache in your heart, to the future when you realize your true feelings and become scared [these are all stages after a breakup].”

“Through ‘A Few Years Later,’ I wanted to portray that the remnants of true love remain the same in the past, present, and future. I paid attention to showing the subtle changes of emotions as time passes in detail throughout the verses,” he explained.

“This song was arranged so that the beginning-middle-end is obvious from the intro, verses, bridge, and climax. I hope everyone loves Block B’s ‘A Few Years Later,’” he added.

“A Few Years Laters,” written by Zico, is the lead single to the group’s full album that will be released in April and is just a slight taste of what their music will be like. It has been topping the charts since its release on March 28.