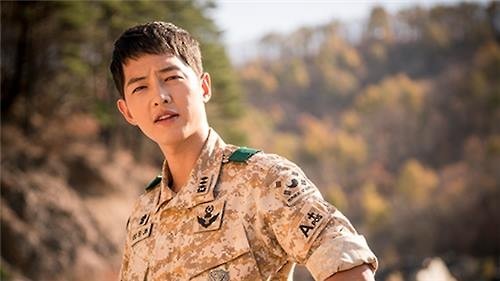 Be ready to see Song Joong Ki on television, although in a slightly different setting than on the wildly popular Wednesday-Thursday drama “Descendants of the Sun.”

On March 29, it was revealed that Song Joong Ki will feature on KBS “News9” which is the flagship newscast that airs on KBS every night at 9:00 p.m. KST. The program is televised for all of South Korea and around the world through KBS World. Song Joong Ki will be the first celebrity to ever directly feature on the show. Moreover, you can send questions to ask him through the KBS social networks, such as through their homepage, Facebook, or Twitter pages and they might be featured on air! You have until March 30 at 4:00 p.m. KST to send in your questions.

Song Joong Ki
Descendants of the Sun
News9
How does this article make you feel?