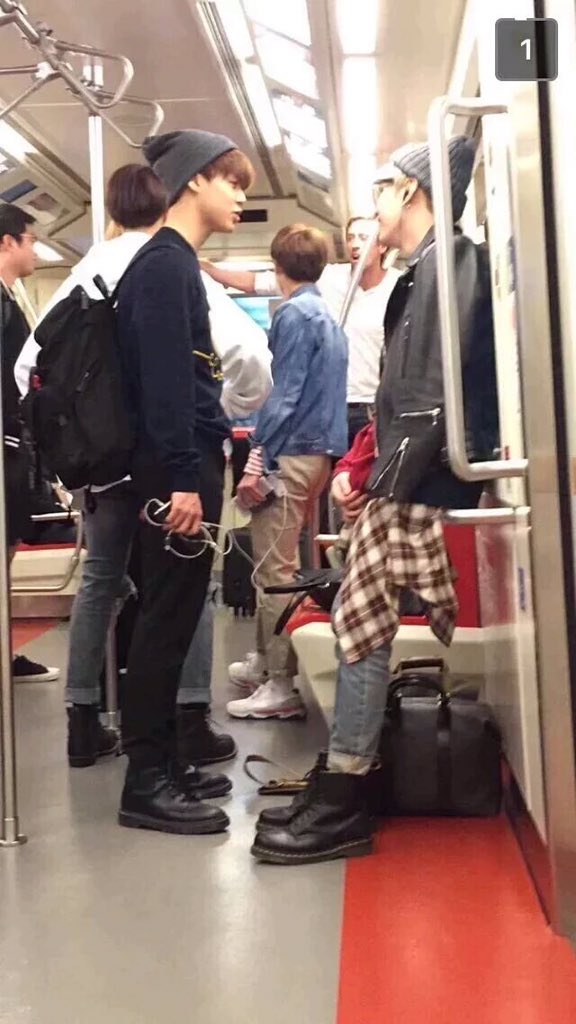 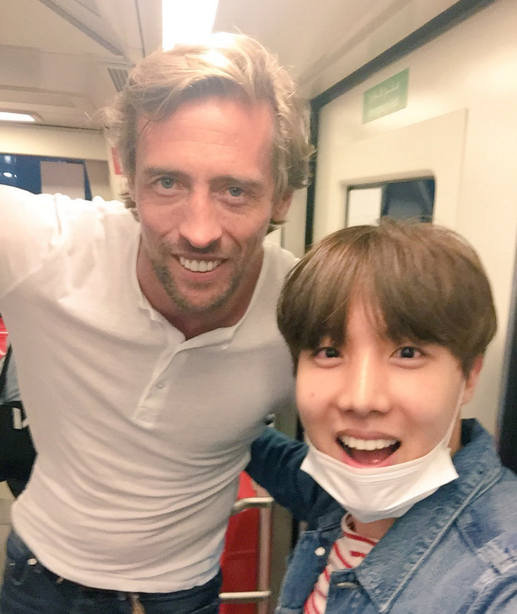 A fan taken picture of BTS is gaining quite a bit of attention, even amongst non-Kpop fans. The reason? Because famous footballer Peter Crouch is also in the shot.

The picture seems to have been snapped on an airport shuttle, where Peter Crouch can be seen standing behind some of the members of BTS. A fan shared the photo via their personal Twitter account, but what’s making rounds is Peter Crouch’s response to the picture.

One fan mentions Peter Crouch, asking, “Is that really you?” Peter Crouch’s wittily replies, “Yes, as you can see I’m a big fan of [BTS].” Many fans have expressed their excitement to see K-pop getting some recognition outside of the usual fan circles and outside of Korea. 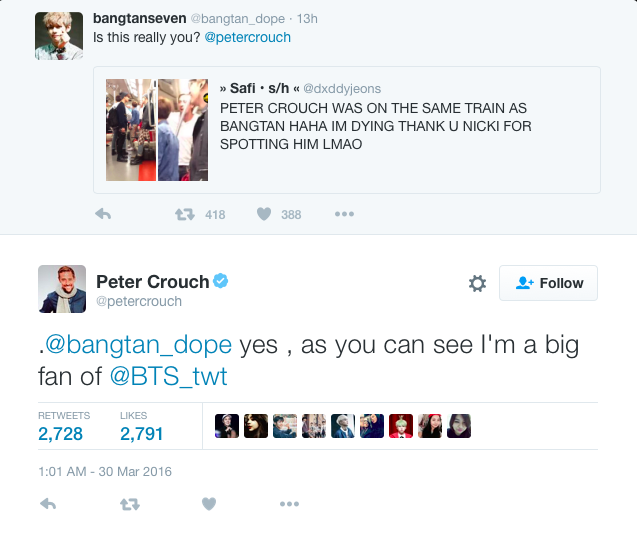 Peter Crouch is a footballer with the Premiere League team Stoke City. Meanwhile, BTS recently returned from Abu Dhabi, where they performed alongside other top artists for KCON Abu Dhabi.

Thanks to Jo for the tip!

BTS
Peter Crouch
How does this article make you feel?