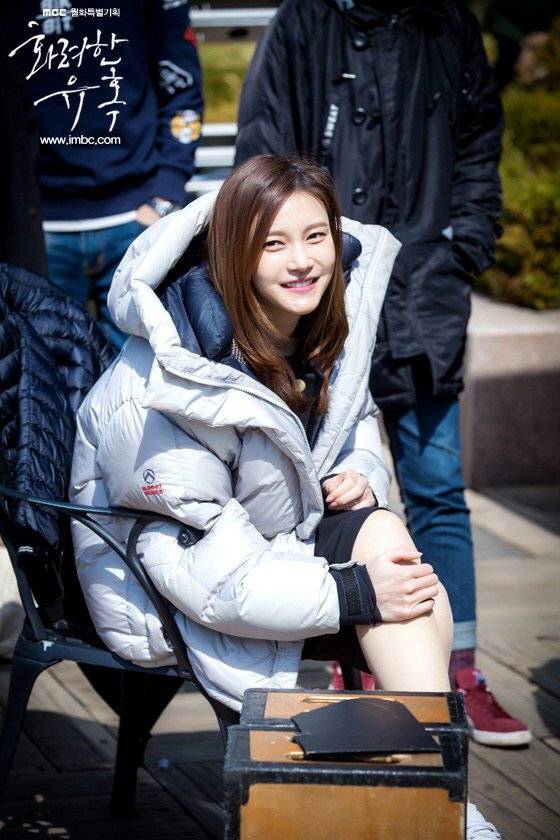 Caught in a controversy about possibly giving a fan gift to his girlfriend Cha Ye Ryun, actor Joo Sang Wook has stepped forward to deny such claims directly.

A representative from his management agency said on March 30, “While it is true that the design of the jacket worn by Cha Ye Ryun and the one given to him by fans is the same, it is merely that they are the same jacket and they each possess a separate one.”

They went on to explain, “After checking with him, it is true that it was a present from fans given to him at the beginning of the drama filming and it was a bit large so a different size was requested. It is not true that he gave the gift from his fans to his girlfriend, and it is just that she owns the same jacket. He wouldn’t give away a present that he received from his fans. It’s a misunderstanding that happened because it happened to be the same jacket.”

The controversy initially arose after he was given the gift of a jacket from his fans, who had gathered money to purchase it for him. It was from a famous brand, and the design is currently sold out in stores. It was then revealed that he had asked for a size change of the jacket. Later, Cha Ye Ryun was photographed wearing the same jacket and the rumors then began that he had asked for a smaller size in order to give it to his girlfriend.

Cha Ye Ryun and Joo Sang Wook confirmed that they are dating on March 28.