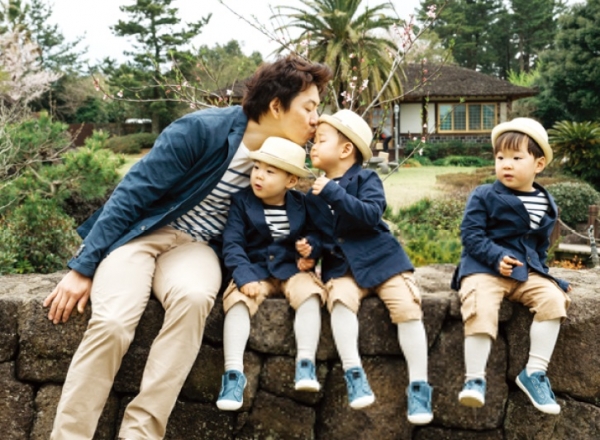 Song Il Gook has shared the unexpected response that his three adorable sons had to a torture scene from his drama.

On March 30, he held an interview about his recently concluded KBS drama “Jang Young Shil.” Song Il Kook had drawn attention for how realistically he acted in the drama. For a scene in which he was flogged with a stick, he even became bruised because of his realistic portrayal of the torture scene. During the interview, he shared that he showed the scene to his triplets, but their reaction might not be what you expect!

He said with a laugh, “I normally play really mischievously with my kids. Kids should cry when they see their dad being hit but they liked it so much.”

Song Il Gook also shared some behind-the-scene info from the cameo that his triplets made on the drama.

He said, “The filming scene was quite scary. It was a scene of an uprising. There was a huge dust cloud that was taller than I was. The supporting cast members held sickles and scythes and ran yelling. The kids were so shocked and they talked for a long time afterwards about how people were so scary back in the day.”