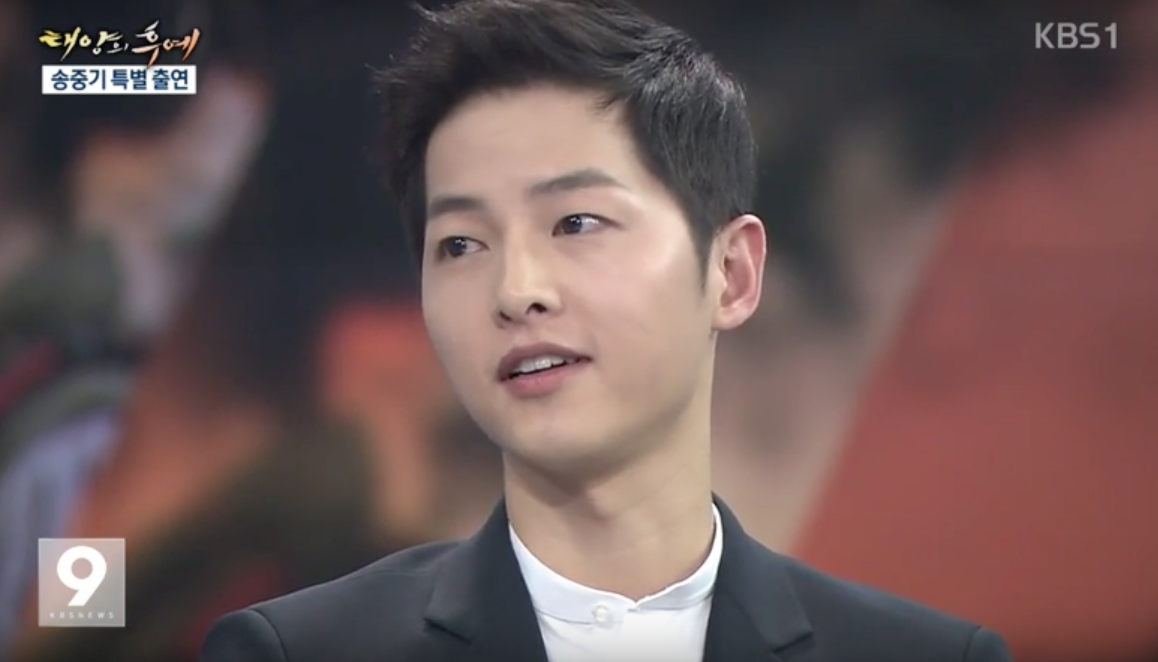 Can you imagine Song Joong Ki as anything other than an actor? While he is currently living his dream as an actor and achieving huge popularity through his performance in the massive hit drama “Descendants of the Sun,” he has revealed that he had other aspirations in the past.

On March 30, Song Joong Ki made a historical appearance on KBS 1TV‘s “News9” as the first celebrity to be invited to the well-known newscast.

During his interview, some of the questions were sent in by viewers before the broadcast. One of these questions is, “You have already achieved your dream of being an actor, but do you have any lingering feelings for an old dream you weren’t able to achieve?”

Song Joong Ki reveals, “Some people may already know, but I’ve achieved another dream today. In the past, there was a time when my dream was to become an announcer. Seeing such famous news anchors in person, and sitting here in this studio, it really feels like I’ve been able to live out another dream.”

He also addresses his dating rumors with Song Hye Kyo during this broadcast, and reveals the determination he has both as an actor and Hallyu star.

Song Joong Ki
News9
How does this article make you feel?