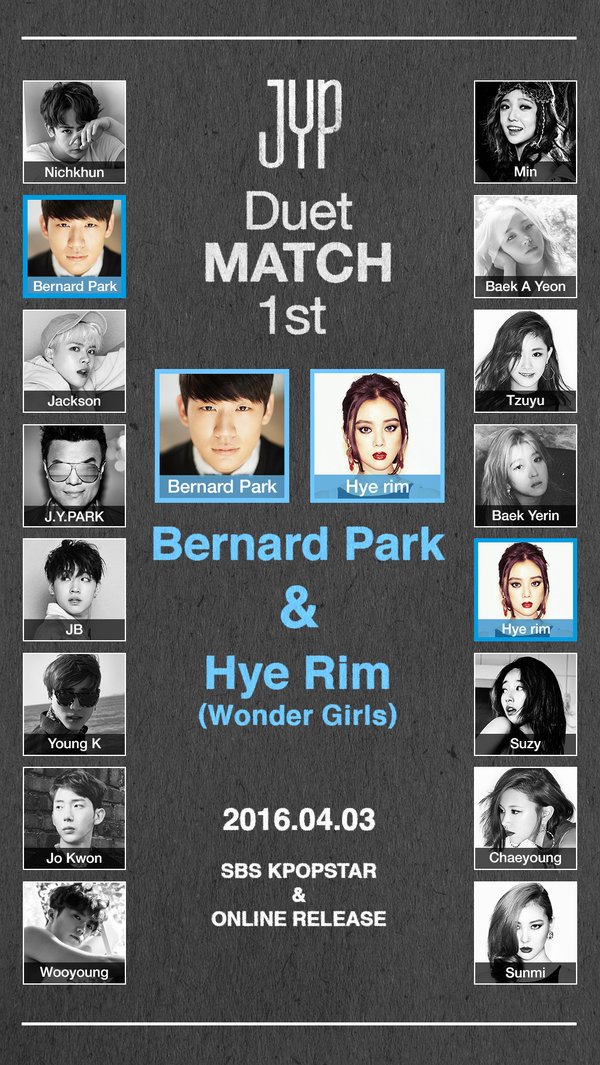 JYP Entertainment has announced Bernard Park as Hyelim‘s duet partner with a new teaser. The updated image also shows that the exact release date of their collaboration will be April 3.

JYP Entertainment has released an updated photo with Wonder Girls‘ Hyelim as the first artist for the “JYP Duet Match.” The other artist for the duet is expected to be announced by March 31 as well. 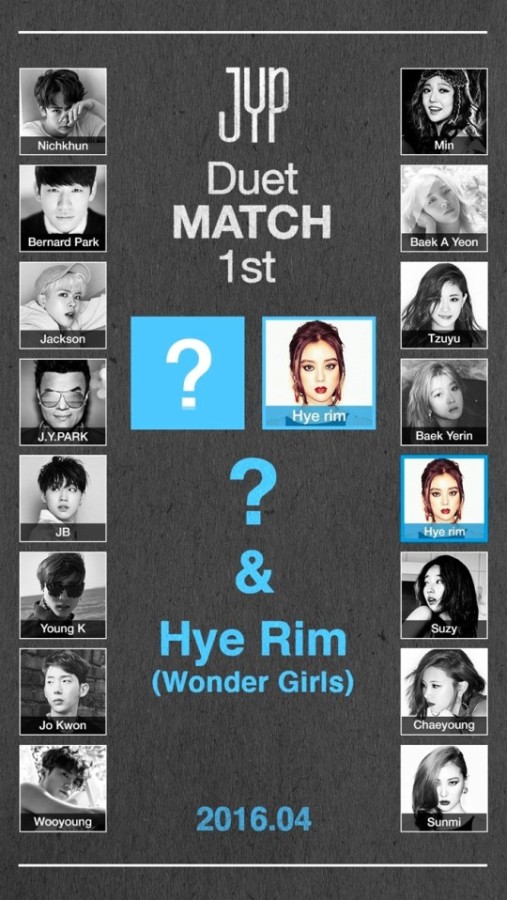 JYP Entertainment is planning to release duets with some of the JYP Nation’s talented male and female artists!

On March 31 at midnight KST, the agency shared a teaser that reads “JYP Duet MATCH 1st?” and a release date of April 2016. 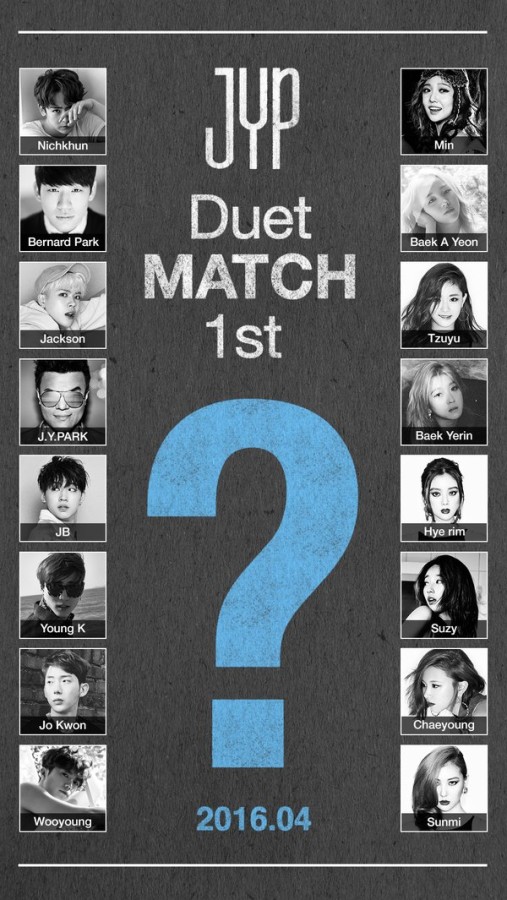 The teaser image features two columns of thumbnail photos of the agency’s artists, with men on the left and women on the right. The potential male artists in this match-up include 2PM’s Nichkhun and Wooyoung, soloist Bernard Park, GOT7’s Jackson and JB, JYP founder Park Jin Young, DAY6’s Young K, and 2AM’s Jo Kwon.

Which of these artists do you want to see matched up for a duet?