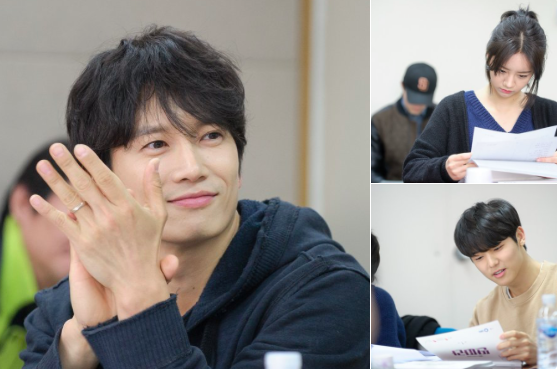 SBS’s upcoming drama “Entertainer” (also known as “Ddanddara”) recently held its first script read-through with the cast. The script was written by Yoo Young Ah and will be directed by Hong Sung Chang and Lee Kwang Young.

The chief of the SBS drama department said, “Looking at the director, the scriptwriter, and the actors, I think that we’re going to do well. I hope everyone else can also feel positive going forward.” 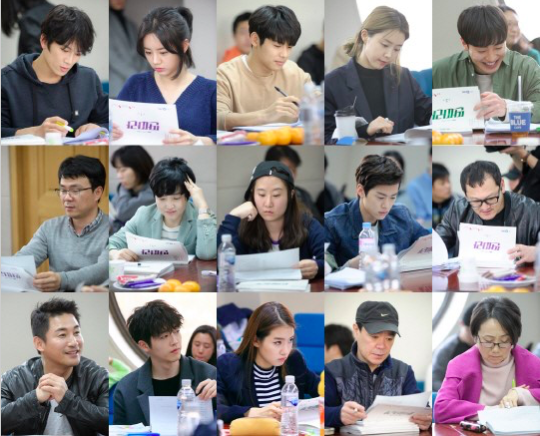 Ji Sung arrived at the read-through an hour early to look over the script by himself. He told the staff, “I will work with the mindset of a rookie.” Girl’s Day’s Hyeri also asked the cast and staff to teach her well.

CNBLUE’s Kang Min Hyuk expressed a wish that everyone enjoy themselves, while Sung Byung Sook joked, “Jung Gyu Soo and I are happy that we could have a son as amazing as Ji Sung.” (The two actors play his parents in the drama.)

The script read-through itself was full of laughter, hard work, and even singing! “Entertainer” will air following the wrap of “Please Come Back, Mister” on April 20 at 10 p.m. KST.