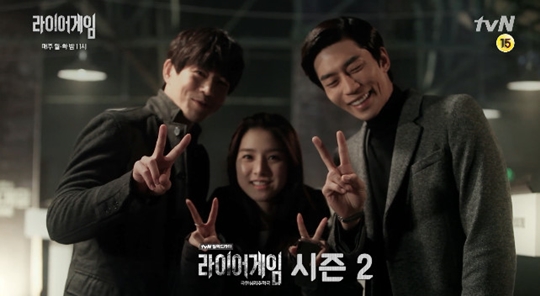 Lee Sang Yoon Talks About the Possibility of “Liar Game 2”

Actor Lee Sang Yoon revealed he has been waiting for season two of “Liar Game” to come out.

During an interview that took place on March 30, the actor said, “The director, the writer, and all the original actors are hoping to appear again in ‘Liar Game 2.’ We even picked out our first filming site already. The writer is busy with another project so we’re discussing filming [‘Liar Game 2’] either late this year or early next year. Of course, there’s always the possibility of not being able to film it. I think all the actors need to appear again in this drama.”

Lee Sang Yoon continued, “[The actors and staff] had a lot of time to talk to each other since we always filmed together. We became close because we chatted during our free time. Our drama had a total of 12 episodes thanks to the extra two episodes added from episode 10, but I felt very disappointed that the drama had to end after finally developing the characters.”

He added, “Some dramas have characters that do not have a clear personality even though the drama is yet to end. So the writers sometimes have a difficult time trying to figure out how to fill the story line. ‘Liar Game,’ however, is different. I wanted to film more after it ended. It all depends on how the writer writes the story for season two.”

Even the writer of “Liar Game,” Ryu Yong Jae, stated, “I want ‘Liar Game 2’ to happen, too. The actors all want to appear on it again. I really hope ‘Liar Game 2’ will be made.”

Liar Game
Lee Sang Yoon
How does this article make you feel?