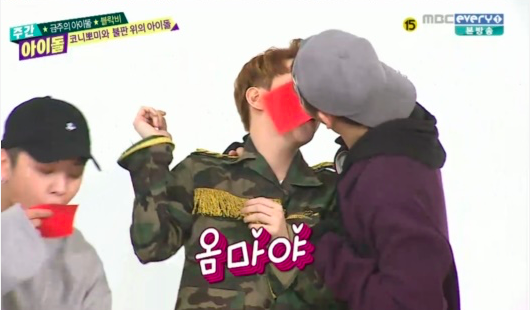 Watch: Block B Shares an Accidental Kiss on “Weekly Idol”

On March 30, Block B were the guests of honor on MBC Every1’s “Weekly Idol,” their first appearance on the show in over two years.

One of the many games the group played was the classic variety “mouth to mouth” game, where the members attempted to transfer paper hearts to one another using only their mouths. The game was going well until the paper slipped between Park Kyung and Zico and the two of them ended up in touching lips. 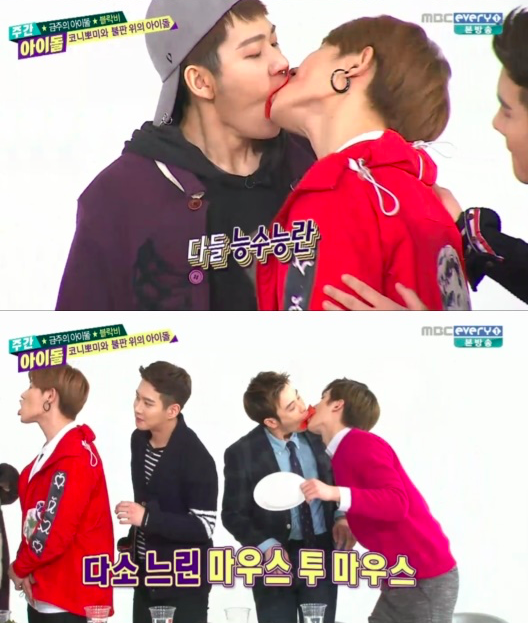 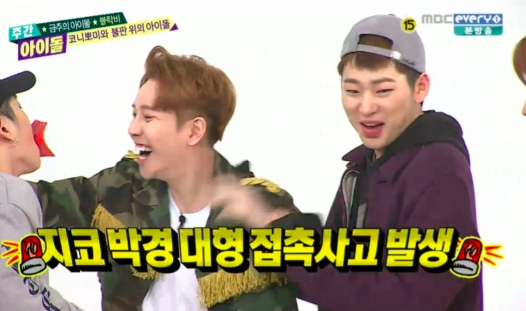 Park Kyung also complained during the game after Zico kept grabbing and colliding with the members. This is Park Kyung and Zico’s second “kiss” after the two of them locked lips acting out a fanfiction-type scene on “SNL Korea.”

Watch the game play out below!

Block B
Weekly Idol
How does this article make you feel?