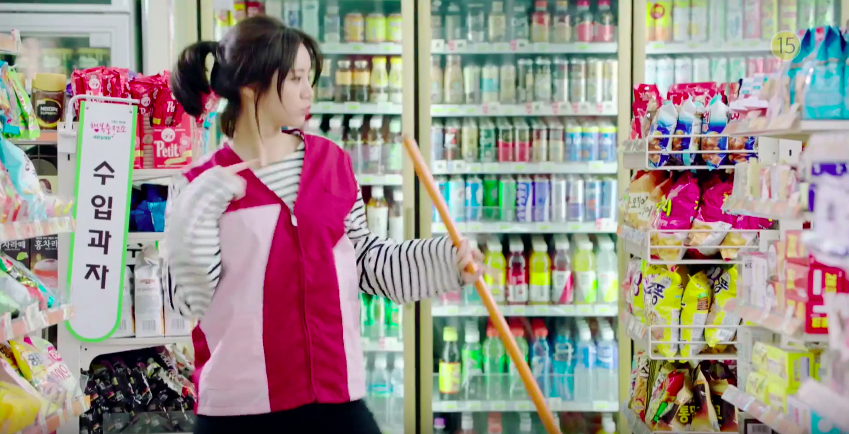 Watch: Hyeri and Ji Sung Rock Out to Taylor Swift in “Entertainer” Teaser

Following the release of photos from a recent script read-through, “Entertainer” has revealed its first video teaser for the upcoming drama!

The scene opens with Girl’s Day’s Hyeri as a part-time worker in a convenience store, decked out in a cute ponytail and red vest. She’s supposed to be mopping the floor but rocks out instead to Taylor Swift’s hit song “Shake It Off.”

As she’s dancing, she suddenly comes face-to-face with Ji Sung. At first he looks at her over his sunglasses judgmentally, but then strikes a rock star pose and joins in on her dance party.

“Entertainer” is scheduled to air its first episode on April 20 at 10 p.m. KST. Watch the hilarious clip below!

Entertainer
Girl's Day
Hyeri
Ji Sung
How does this article make you feel?