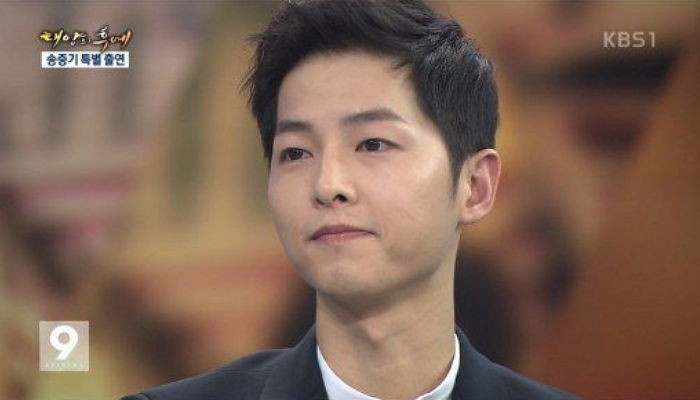 The nation’s so-called “‘Descendants of the Sun’ Syndrome” is even affecting the ratings for news, thanks to Song Joong Ki!

On March 30, Song Joong Ki made an historic appearance on KBS 1TV’s news program “News9,” which recorded a viewership rating of 23.3 percent that day, according to Nielsen Korea. Compared to the previous day’s 19.7 percent rating, that’s a 3.6 percent increase. It is also the the program’s highest for the year so far. Specifically for the portion of Song Joong Ki’s interview, the rating was 26.5 percent, which is the highest for KBS’s news department overall.

Song Joong Ki’s appearance on the news program is a first, as he is the first celebrity to ever directly feature on “News9.”

Song Joong Ki
Descendants of the Sun
News9
How does this article make you feel?