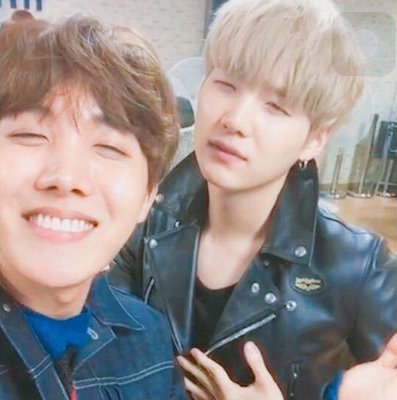 In the spirit of April Fools’ Day, BTS has made a big announcement via Twitter!

On April 1 at midnight KST, members Suga and J-Hope shared a video on the members’ Twitter account of themselves lip syncing passionately to their label mate Homme’s new track “Come to Me.” They include as the caption, “Our excited lip sync. Homme hyungs’ song has come out. ‘Make some noise~~.’”

The pair has also changed the name of BTS’s Twitter account to “Sopmme (Formerly BTS),” which appears to be a combination of Suga and J-Hope’s names plus Homme.

BTS’s Twitter biography now reads, “The great vocal group Sopmme, the successor of Hurricane Blue,” referring to a comedy duo that was popular in Korea in the late 1990s for their lip syncing skits.

Members Jungkook and Jimin have also shared their own short cover of Homme’s “Come to Me” on the group’s official Twitter, with the caption “This song is so great.”

What do you think of BTS’s April Fools’ Day prank?