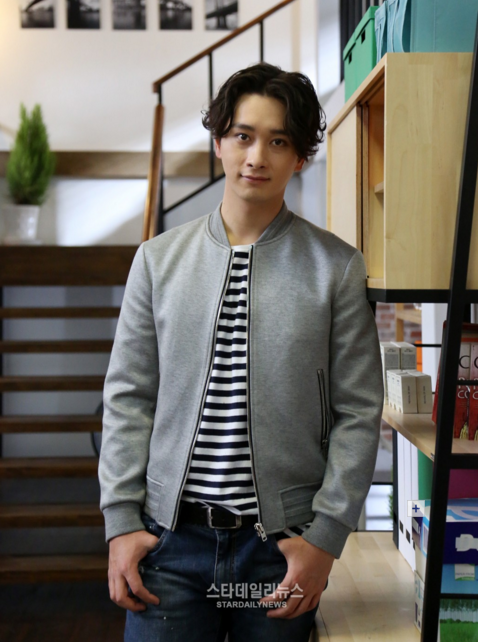 2PM’s Chansung gives a witty response when asked about competing against his fellow member Junho in the same drama time slot.

During the press conference, Chansung made a comment about his fellow member Junho and his drama airing in the same time slot as “Ms. Temper & Nam Jung Gi.”

He said, “Junho is currently appearing in the drama ‘Memory.’ I like Junho very much, but I haven’t watched his drama yet. I’m busy enough watching my own drama,” and made everyone laugh with his comment.

Chansung continued, “I sent a coffee truck to Junho’s drama set. In return, he sent over a snack truck to our set. We’re working hard cheering each other on.”

“Ms. Temper & Nam Jung Gi” is a comedic drama about Ok Da Jeong (Lee Yo Won) who has quite a temper meeting quiet and meek Nam Jung Gi (Yoon Sang Hyun). The drama airs every Friday and Saturday at 8:30 p.m. KST.