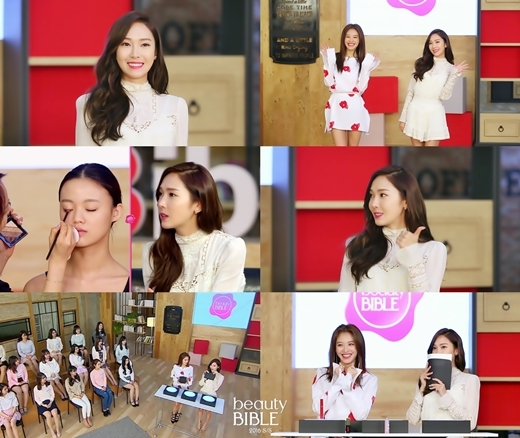 Jessica is set to make her debut on television as a beauty mentor.

As reported earlier, Jessica has been announced as the new MC for KBS Drama’s “Beauty Bible 2016 S/S,” which will premiere on April 2. Although it was her first time as the MC of a show, it was revealed that with her fluent English, she was able to translate for the beauty models as well as give her honest comments about the beauty products that she usually on a daily basis.

In particular, when a fashion model shared the top five ranking of lip sticks, Jessica said, “I have all of these products,” showing one more time that she is a clear trend setter in the industry.

The first episode of “Beauty Bible” will feature the topic of “A Battle Between the World’s Fashion Designer Brands.” Actress Kim Hye Soo’s makeup artist Go Woo Ra will also show off her tricks of using cosmetic products and reveal the top five ranking of lip sticks currently used by fashion models.

The first episode is set to air on Saturday, April 2 at 8:40 p.m. KST on KBS Drama. You can also watch it for free through the KBS app my K.

Beauty Bible
Jessica
How does this article make you feel?