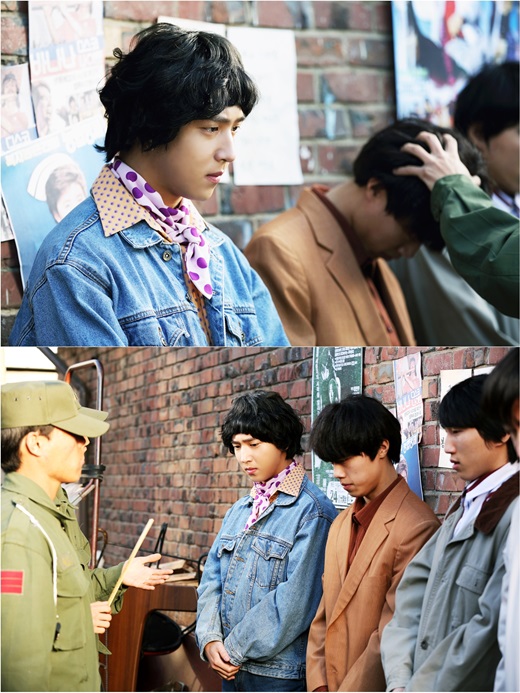 B1A4’s Baro Transports Back in Time to the 1980s for “Master: God of Noodles”

As a part of his role in the new KBS2 drama “Master: God of Noodles,” Baro is drawing attention for his perfect transformation as a young man from the 1980s, complete with his long hair locks as well as the fashionable choice of clothing. In particular, in a released photo, you can see Baro’s steely eyes as he looks angrily ahead, immersed in his role as Kim Gil Do in the drama.

Baro has taken on the important role of playing the younger version of Kim Gil Do in the drama that will span 30 years to present day. This is a significant aspect of the story that will show how he takes on the evil world and changes his life as a result.

Baro said, “It’s such an honor to be able to play the younger version of Jo Jae Hyun sunbaenim, whom I’ve always respected so much.” It was revealed that he worked harder than anyone on the filming set in order to better show the emotional role of Kim Gil Do as he grows up and takes on the world.

A representative from the drama said, “The drama will span from his childhood, adolescence to adulthood and will show the development of various events that happened in between to now. The actors and staff worked together with one heart during the filming so please support us and look forward to the drama.”

“Master: God of Noodles” is an adaptation of a comic by Park In Kwon, the writer behind many other popular dramas such as “Queen of Ambition” and “Money War.” It is set to premiere following the conclusion of “Descendants of the Sun” on April 27.

Master-God of Noodles
B1A4
Baro
How does this article make you feel?