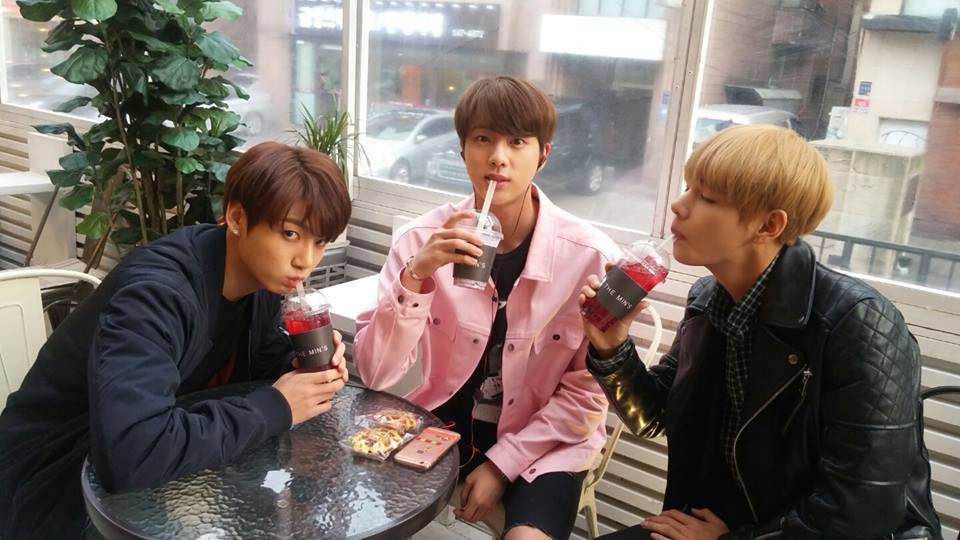 2AM’s Changmin Thanks BTS’s Jungkook, Jin, and V for Visiting His Cafe

BTS members Jungkook, Jin, and V have once again dropped by the cafe run by their friend and label mate Changmin, member of 2AM and Homme!

On April 4, the official Facebook page for Changmin’s cafe The Min’s shared a photo of the trio enjoying some drinks together. The caption says, “BTS members Jungkook, Jin, and V visited the cafe The Min’s on the way to their appointment ^^. Thank you for coming despite your busy schedule! The Min’s will keep supporting BTS!”

Changmin also shared a photo of the three guys with the caption, “Thanks, BTS dongsaengs. It’s because of you that my cafe is doing well.” BTS are known to be frequent visitors of their sunbae’s cafe, and fans often stop by in the hopes that they’ll catch a glimpse of the guys.

Meanwhile, Changmin’s duo Homme recently released the track “Come to Me” on April 1, which prompted BTS to transform into a Homme-inspired duo for an April Fools’ Day prank.

BTS
Jungkook
2AM
Changmin
Homme
Jin
V
How does this article make you feel?