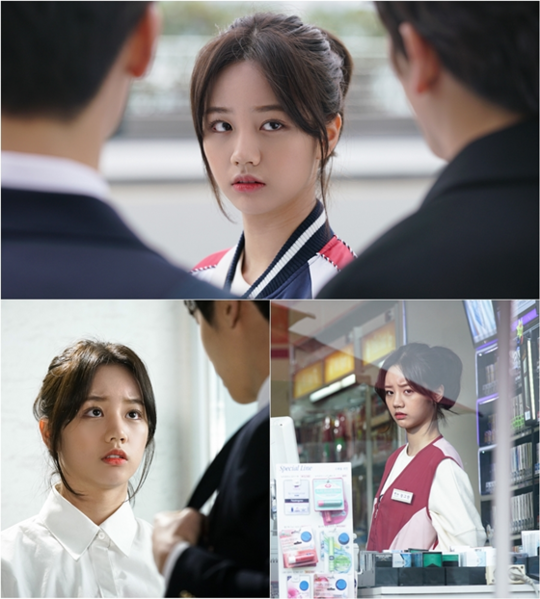 On April 4, new stills of Girl’s Day’s Hyeri in the upcoming SBS drama “Entertainer” were released.

Hyeri plays a character named Jung Geu Rin, who will do anything to protect the younger Jo Ha Neul (Kang Min Hyuk). She’s also a hard worker, juggling four part-time jobs at once.

In the stills, she’s glaring at two men standing side-by-side, who have been revealed to be Jo Ha Neul and Shin Suk Ho (Ji Sung). The stills show Hyeri perfectly in costume in the red vest of a convenience store worker as well as a collared white shirt.

“From the first filming, Hyeri’s acting talent could be seen even through her eyes,” the production staff said. “In a single gaze she could portray the feelings of a “noona” who has to guard someone precious. Hyeri even arrived early to the set to review and practice the script.”

“Entertainer” is about the celebrity manager Shin Suk Ho who hit rock bottom and tries to lead a rookie band to success.

Entertainer
Girl's Day
Hyeri
How does this article make you feel?