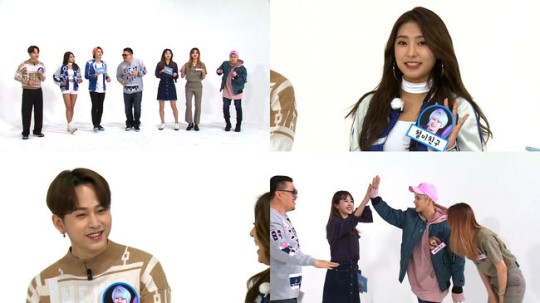 Hani and Heechul Invite Friends from BEAST, SISTAR, EXID, and GOT7 on “Weekly Idol”

In the upcoming April 6 episode of MBC Every1’s “Weekly Idol,” EXID’s Hani and Super Junior’s Heechul will be making their debut as the new MCs along with current MC Defconn.

To cheer them on, the two MCs’ celebrity friends made appearances on the show. Heechul in particular is known for knowing many celebrities and invites BEAST’s Yong Jun Hyung and SISTAR’s Bora on the show. Hani invites her fellow bandmate Solji as well as GOT7’s Jackson.

It is said that Jackson made everyone laugh with his unique personality, while Yong Jun Hyung abandoned his “cool” persona in order to help Heechul out.