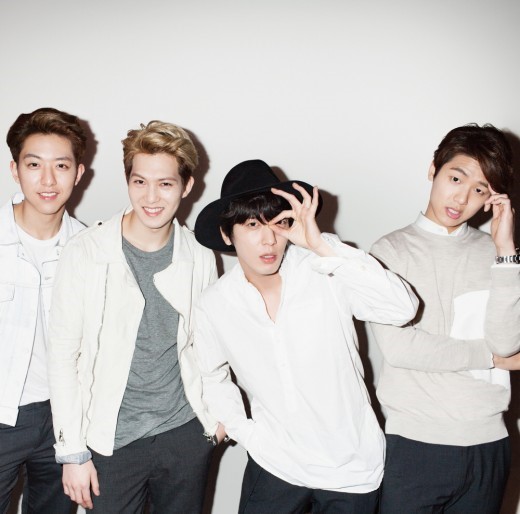 CNBLUE Jokes About Reading Comments About Themselves Online

CNBLUE has shared how they keep an eye on comments about them online.

On the morning of April 4, the four members of the group sat down for an interview after the release of their sixth mini album, “Blueming.”

During the conversation, leader Jung Yong Hwa says, “I keep an eye on comments online. There are a lot of weird comments about us.”

He adds, “When I see those comments, I want to say to them, ‘Come over here and say that to me in person.’”

Lee Jong Hyun jokes, “He’s always telling us not to look at comments, but then he looks at them himself and gets angry.”

CNBLUE staged a comeback with their sixth mini album and the title track “You’re So Fine” on April 4.

Support the artist by buying CNBLUE- Blueming from YesAsia
CNBLUE
Jung Yong Hwa
Lee Jong Hyun
How does this article make you feel?