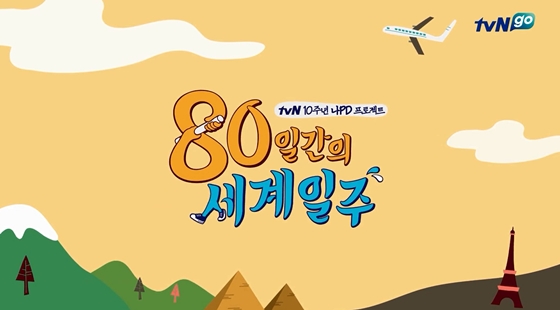 PD Na Young Suk has shared his plans for a special “Around the World in 80 Days” trip.

On April 4, he shared of his new ideas, saying, “’Around the World in 80 Days” isn’t a new variety show or a project. It’s an event to commemorate tvN’s 10 year anniversary. The viewers have shown a lot of love for my programs like ‘Grandpas Over Flowers’ and ‘Youth Over Flowers’ and so I have planned this event to repay that love. It’s not a program or a project but a special event that hopefully viewers will partake in joyfully.”

He continued, “The expenses of the trip will be one hundred million won (or approximately $86,814). I’m not sure yet how many teams in total it will be but at least four people per group will be traveling in a relay trip. According to the first team’s trip location, the next trip will be decided. Also, although it’s currently planned at 80 days, the trip can become longer, if needed. The trip expenses cannot be spent at one time and I hope that the viewers will use their good judgment to decide how to use that money.”

“Around the World in 80 Days” will start at the beginning of May and the trip will take place over 80 days. Those who partake in the trip will record their adventures on video and those videos will be shown immediately on tvNgo or later in October in a digital content format.

Na PD
How does this article make you feel?